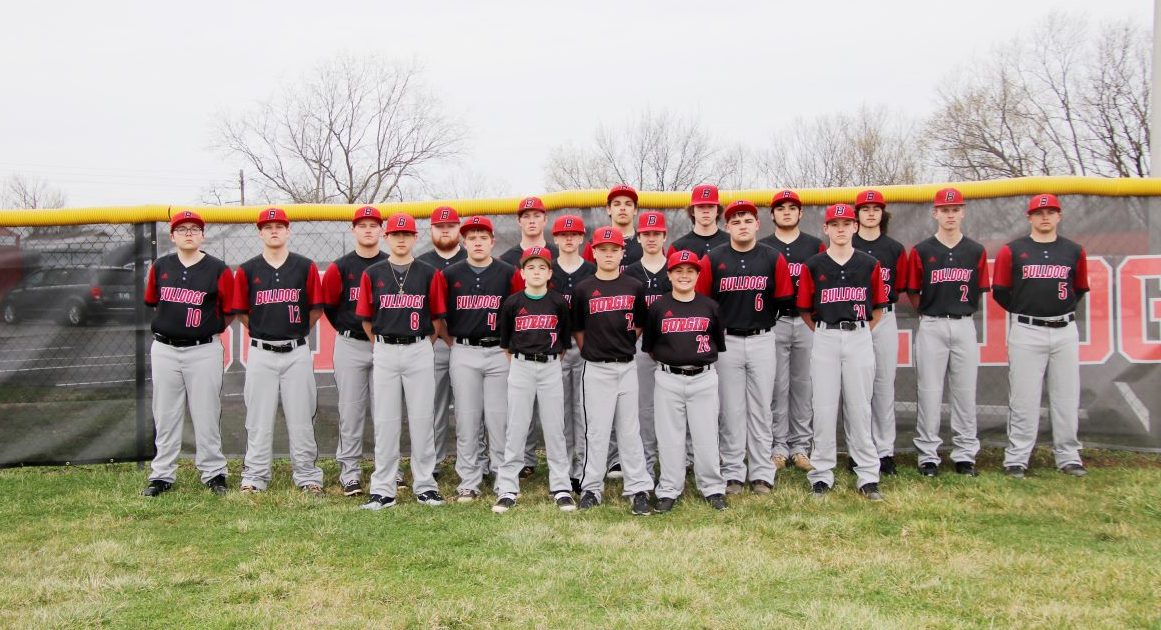 The Harrodsburg Herald/April Ellis
The Burgin Bulldogs are scheduled to open the 2022 season with a game against Waggner on Monday, March 14.

The Burgin Bulldogs baseball team finished with a winning season in 2021, the first winning season in over a decade. Head Coach Donnie Edwards pushed the Bulldogs with a tougher schedule last year and it paid off with the team seeing more success that they hope carries into this season.

“Any time you play games you are gaining experience. The more games the better for team chemistry. So definitely playing more games last year will be a plus for those returning,” said Edwards.

The Bulldogs will be relying on their underclassmen this year with only one senior on the roster, Landon Browning. Browning hasn’t played for the team since his freshman year, but is a strong fielder with a solid arm. He has been pitching in the off season and looks to be included in the Burgin’s pitching rotation.

“Hopefully with our returning players we will be more prepared for all our opponents. We really put an emphasis on how we play and not who we play,” said Edwards. “We have only one senior on this year’s squad. With a large junior class made up of eight juniors.”

Juniors Jacob Qualls and Eli Newby return as their leading hitters with a batting average of .333 and .328 respectively. The Bulldogs only freshman, JT Bosewell, returns to the lineup with a .333 on base percentage for the year.

Qualls looks for his teammates to improve on last year’s record and be a challenge in 46th district play.

“My goals for this season are to, of course, win the first round of district, but I would like to see us win the first five games of the season, and have a 20 win season,” said Qualls. “I want to be able to say that this team has done something that has never been done before at Burgin, those things are what we are striving for as a team. I expect our team to grow together as players and individuals, to achieve these goals.”