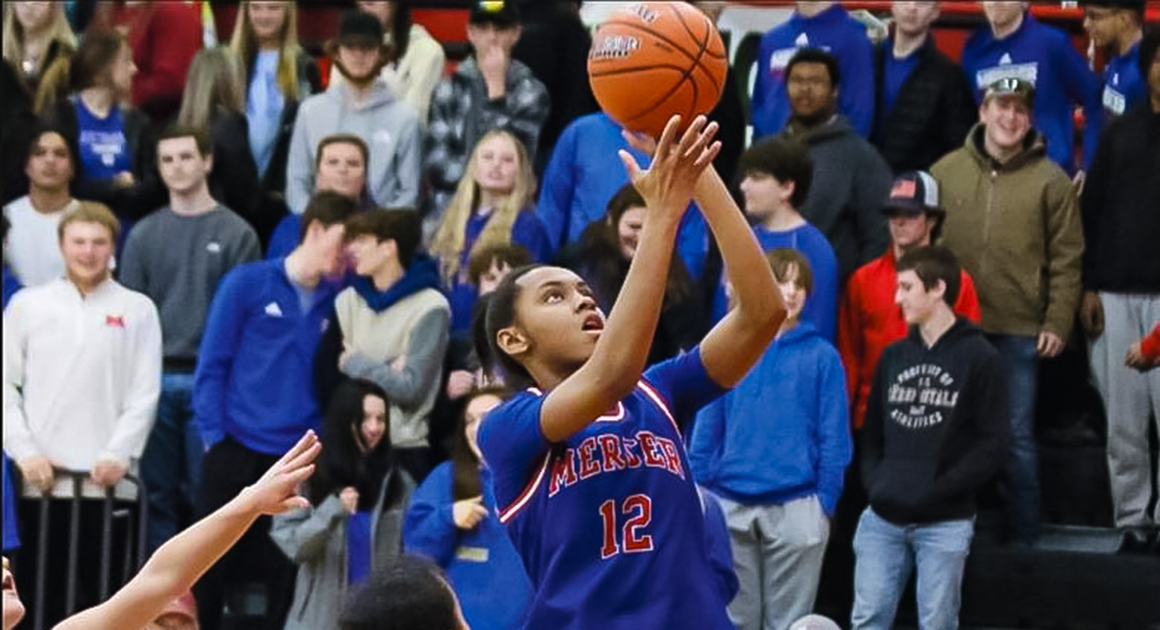 The Mercer County Titans girls basketball team (22-7) hoisted the 46th District trophy for the 14th year in a row after beating the West Jessamine Colts (21-9), 67-42, Thursday, Feb. 24. Four Titans scored in double figures with Lindsay Jessie, Timberlynn Yeast and Teigh Yeast all having 14 points and Sara Dunn adding in 12 more.

The Titans were in full control the whole game including the nine points they scored in the opening 35 seconds. Jessie started the game with a 3-pointer assisted by Dunn, Timberlynn Yeast followed it up with a layup in transition and Teigh Yeast stole the Colts inbound pass and scored a layup to force an early time out from West Jessamine, 9-0.

The Colts responded with a 3-pointer coming out of the timeout, but the Titans scored on their next possession. Jessie was fouled in the paint and making both free throws, 11-3. West Jessamine was back on the board with a layup in the paint that was quickly answered by Teigh Yeast sinking a 3-pointer with a cross court assist from Timberlynn Yeast, 14-5.

After three offensive rebounds, the Colts scored in the paint with a put back for two points and the Titans had their own second chance points with Jessie coming away with the offensive rebound and getting it to Timberlynn Yeast for a triple, 17-7. The Titans forced another West Jessamine timeout with an easy layup on a fast break by Anna Kate Drakeford assisted by Timberlynn Yeast, 19-7.

Mercer with good ball movement created the open shot for Dunn in the corner and she nailed the three to give Mercer a 15 point lead, 22-7. The Titans added four more points off layups by Timberlynn Yeast and Jessie, 26-7. In the last minute of the first quarter, West Jessamine scored five points with four points in the paint and split a pair of free throws to cut Mercer’s lead to 14, 26-12.