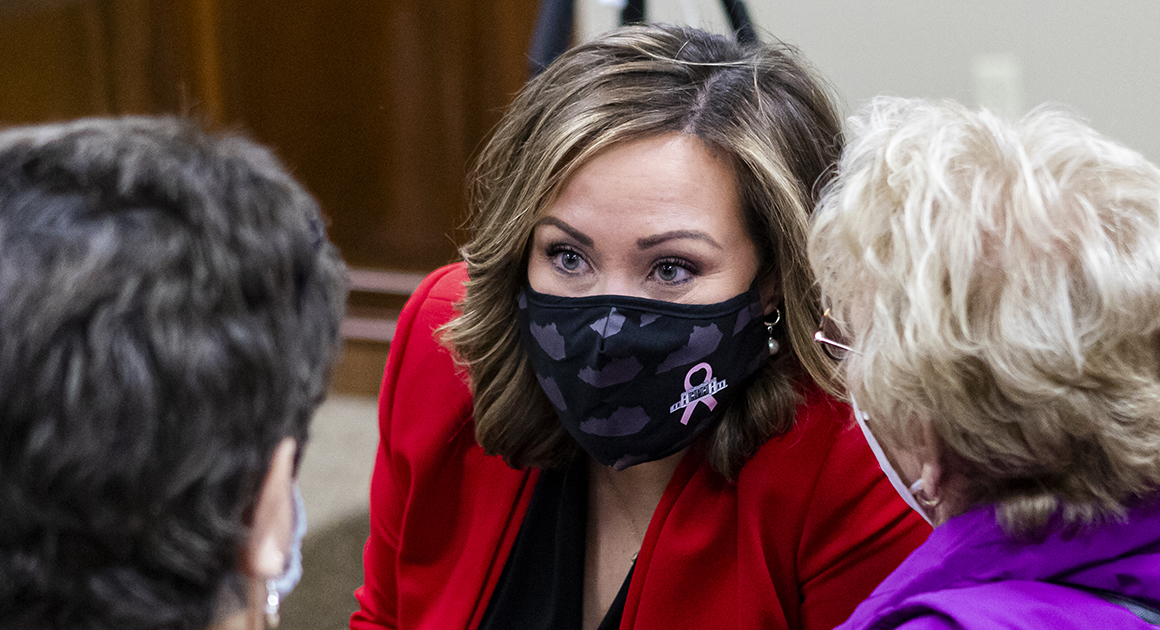 At the Mercer County Fiscal Courthouse on Wednesday, Coleman said having modern infrastructure is crucial for economic development.

“Investments in infrastructure, like high-speed internet, clean water, roads and bridges provide Kentucky a solid foundation for building tomorrow’s economy, today,” Coleman said.
As part of Gov. Beshear’s Better Kentucky Plan, the Cleaner Water Program is funded by the American Rescue Plan Act and administered by the Kentucky Infrastructure Authority (KIA), $250 million was appropriated at the close of the 2021 General Assembly through a bipartisan agreement for clean drinking water and wastewater grants to fund projects across Kentucky. 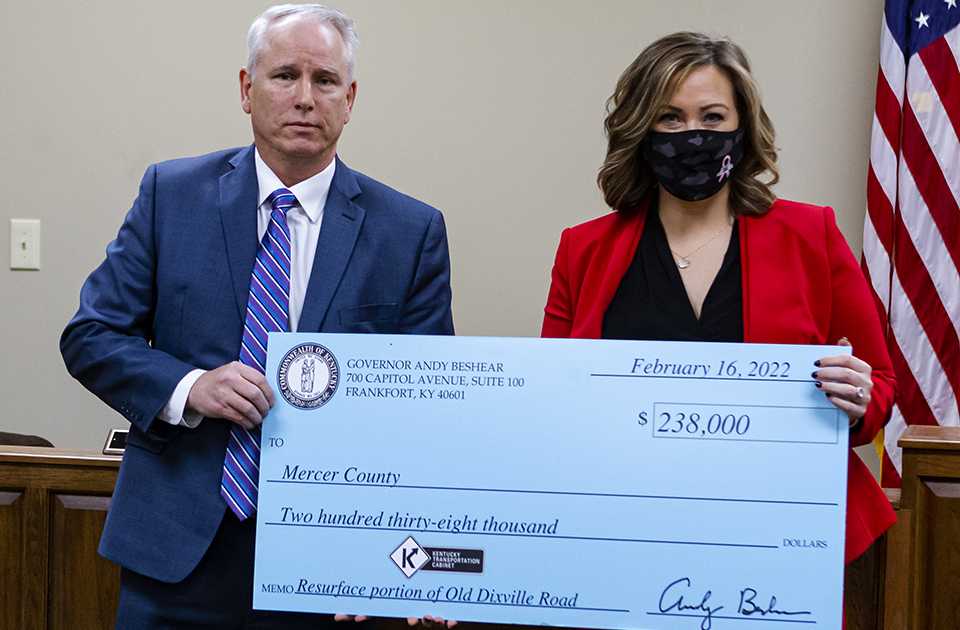 Mercer County Judge-Executive Scott Moseley accepts a $228,000 check on behalf of the Mercer County Fiscal Court from Lt. Gov. Jacqueline Coleman. The funds will be used to resurface a portion of Old Dixville Road. Mercer, Boyle and Washington Counties received more than $2.5 million in funding, with Mercer County receiving more than $1 million for six different projects.

Other local beneficiaries include:

• $167,607 to the City of Burgin to relocate fire hydrants to make them more accessible to fire trucks.

“The City of Burgin is very grateful for this funding opportunity,” said Burgin Mayor Jim Caldwell. “It is a prime example of state and local government working together to improve the daily life of Kentuckians and an example of what the City of Burgin can achieve with simple steps to improve record keeping and proper accounting.”

Coleman also talked about another issue close to many Burgin residents: flooding. She said an engineering survey has been completed and state and local officials were working on a way to make sure Burgin qualifies for assistance.

“Every place in Kentucky matters,” said Coleman, “especially your hometown.”

• $215,165 to the City of Harrodsburg to rehabilitate equipment at three pumping stations, realign sewers, and replace a waterline and hydrants.

• $102,608 was awarded to North Mercer Water District to replace a water main servicing the Brentwood subdivision.

• $238,000 was awarded to Mercer County to resurface portions of Old Dixville Road.