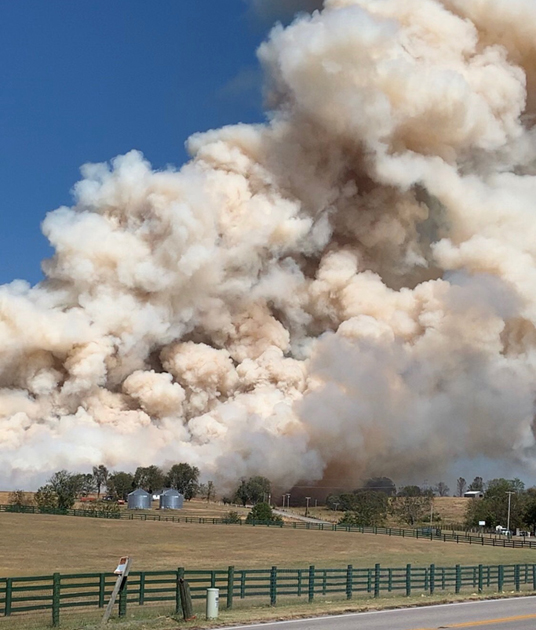 A soybean field on Chinn lane near U.S. 68 caught fire in 2019, causing the highway to be shutdown. Officials are seeking to clarify county burning ordinances.

Ric Maxfield, chief of the Mercer County Fire Protection District, said the ordinance is designed to distinguish and clearly identify allowable open burn times, the materials that are legal to burn as well as the differences between open and controlled burning, recreational burning, ceremonial fires and fires for worker comfort.

Maxfield said under the old ordinances there was no designation between someone grilling or someone doing a controlled burn.

In addition, the ordinance, which combines state law and regulations as well as regulations from the Department of Forestry, the Division of Air Quality and the U.S. Forestry Department, clearly defines the process for registering a controlled or open burn and defines the hazard with open burning when the fire may become out of control, the products of the fire and its effects on property and the health of citizens.

Maxfield said the proposed ordinance clearly defines which authority has jurisdiction to discontinue open burning with respect to weather and other conditions, red flag warnings, wind advisories or other hazardous situations. It would allow burnings to be discontinued in an expedient manner should conditions change, Maxfield said. Under the new ordinance, an executive order would not be required to stop open burnings for shot periods of time. Executive orders would only be required for extended periods.

The chief said his intention was to create “one ordinance that’s simple to read that everyone understands.”

“I really tried to get it down to one page,” said Maxfield. The previous ordinances were 15 pages. “It didn’t quite work.”

“A lot of other counties have different policies,” he said. This way, Bluegrass 911 dispatchers will have the ordinance in front of them.