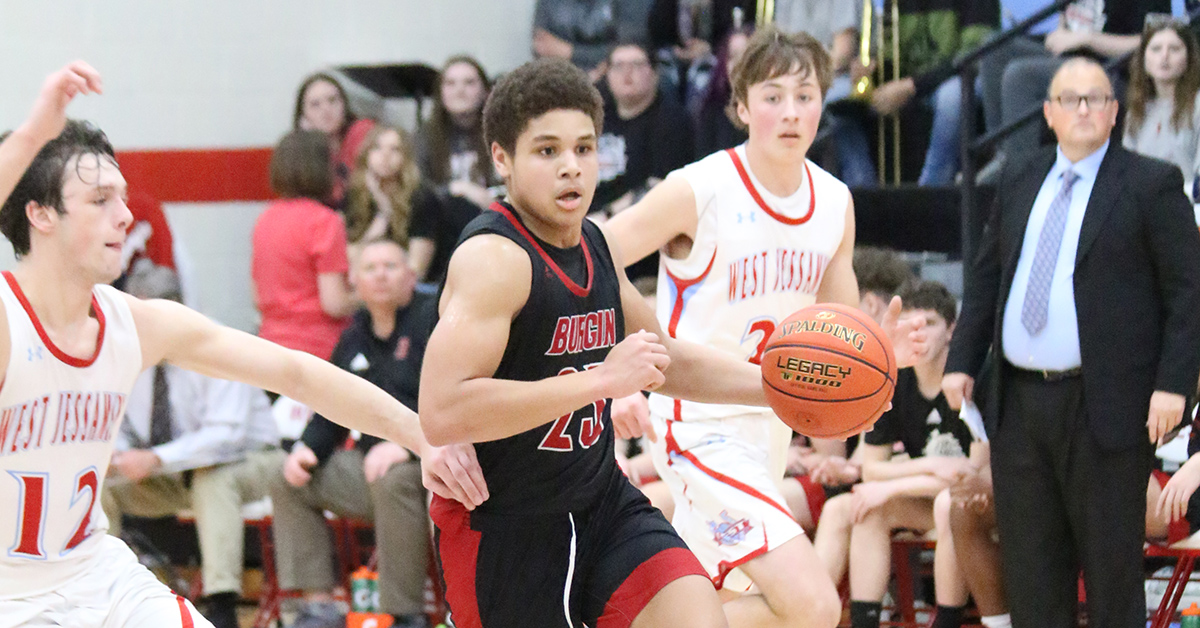 The Burgin Bulldogs boys basketball team ended their season, 73-37,  Tuesday, Feb. 22, in the first round of the 46th District tournament against West Jessamine.

West has shot well all season and Tuesday was no different. In the first quarter, Jeremiah Van De Cruize made strong moves to the basket but wasn’t always able to convert into points, but did hit one of two from the foul line. Qualls added a few more points and the quartered ended with Burgin trailing 22-6.

Jacobe Taylor hit a left handed layup after Qualls pulled down the defensive rebound and launched the pass the full length of the court. John Boursaw and Qualls both busted the 3-point shot and the Bulldogs started to close the gap, 27-14 at the 5:55 mark. But, West Jessamine answered back with a 3-point shot of their own. Boursaw picked up his first foul, but the Burgin faithful was not happy with the call. Taylor hit another 3-point shot, but West kept firing and hit two more from behind the arc. Burgin’s Seth Hatfield hit the final 3-pointer before time ran out and Burgin went into the half, down, 43-20.

Taylor opened the quarter with a good drive down the middle. Grayson Mitchell shot and made a floater from the free throw line. Qualls moved through defenders for an acrobatic layup and added one more to his tally from the free throw line. Mitchell added two more from a put back  and Van De Cruize finished the quarter with a jumper as the Colts widened the gap to 63-31.

Boursaw added four more points with a jump shot from the elbow and a layup. Mitchell had a strong putback over two defenders, but that was all the Bulldogs could add in and their season ended when the Burgin fans recognized the three seniors, Boursaw, Mitchell and Travis Stewart when they came out of the game with a few minutes left on the clock.

Burgin finished the season 3-27, however they had to forfeit nine games due to Covid protocols.