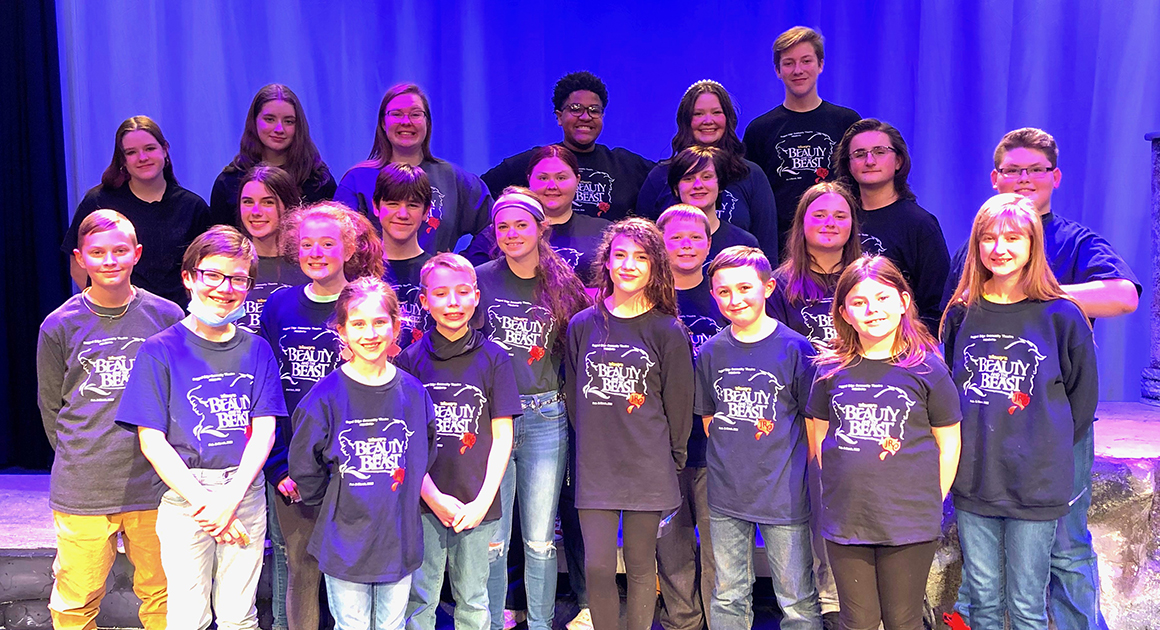 Photo Submitted
The cast of Ragged Edge Community Theatre’s production of “Beauty and the Beast Jr.” invite you to be their guest. The two week run begins on Friday, Feb. 25.

Ragged Edge Community Theatre is inviting you to be their guest starting this week. Their production of Disney’s Beauty and the Beast Jr., open this Friday, Feb. 25, and runs for two weeks.

“The show is selling well,” Barlow said. “Opening weekend is close to being sold out, and our school performances are about 80 to 90 percent sold.”

This is the second YouthStage production of the season. It’s difficult any time to bring a candlestick and a teapot to life, but Barlow said his cast and crew—including Music Director Lori Patterson and Choreographer Emma Parks Steberl—have dealt with challenges beyond enchanted castles and the likes of Gaston.

“Covid and the weather have thrown us plenty of curves during rehearsals, but everyone—the kids, their parents, and the other volunteers—have really stepped up, been flexible, and put in extra hours,” he said. “We are in great shape.”

Beauty and the Beast is a classic fairy tale about Belle, a young woman from a provincial town, and the Beast, a young prince trapped under the spell of an enchantress. The show features some of the most popular songs ever written by Alan Menken and the late Howard Ashman including “Be Our Guest”, “Gaston”, “Something There” and the classic “Beauty and the Beast”. 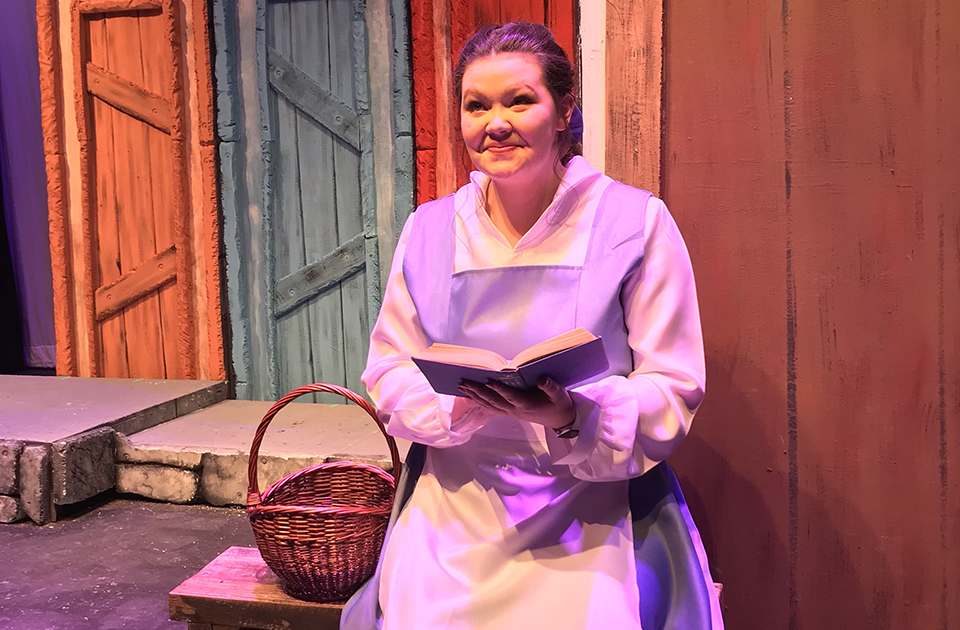 Since 2016 Ragged Edge has designated proceeds from a performance to be donated to a selected charity. This year’s recipient is A Kid Again, an organization that provides year-round adventures, as well as other support and resources to help families of children coping with life threatening illnesses remember what life was like before illness—to help seriously sick children remember what it was like to “just be a kid again.”

Barlow said one of the regular Ragged Edge families has received a lot of support over the last couple of years from A Kid Again.

“We felt they were the perfect beneficiary this year,” Barlow said. “Kentucky families are currently helped through the Ohio or Indiana offices of A Kid Again, and our donation will go toward opening a base in Kentucky.”

This year’s benefit performance will be Saturday, March 5, at 3 p.m. According to a Ragged Edge press release, 25 percent of ticket sales and 100 percent of concessions revenue will be donated.

Beauty and the Beast Jr. opens at Ragged Edge Community Theatre (111 South Main Street) on Friday, Feb. 25. The production runs two weeks, from Feb. 25-27 and March 4-6, Fridays and Saturdays at 7 p.m. with Sunday matinees at 3 p.m.

For more information about A Kid Again, please visit akidagain.org.