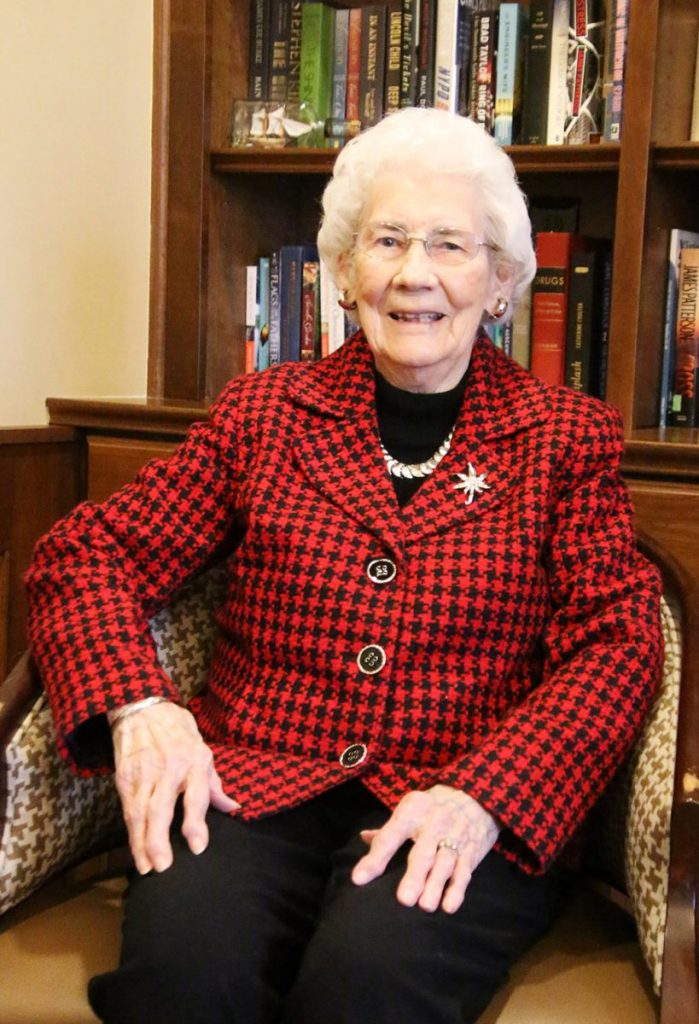 June Wiley Celebrates a Century Plus One

Wiley’s advice on how to live to be 101 is simple, eat your vegetables. She laughed at the joke and said she felt it was important to find a career you love and share it with people you love.

“I retired from the Herald after 63 years and loved everyone there. They were like my family,” she said. “It’s hard to put into words. I didn’t jump around from job to job, I stayed where I cared about people and they cared about me.”

Wiley recalled the start of her career, working in St. Mathews at a Five and Dime run by her aunt.

“Each Friday the bus from Louisville would drop me off at New Providence church and each Sunday evening I would get back on the bus at the bus station,” said Wiley. “I didn’t like being away from home and when I saw the job in the paper for a lineotype operator I applied and was there for 63 years.”

Wiley saw big changes in her career. She went from casting letters from blocks of metal, to adding border tape to photos, to watching the computer take over so many of the processes normally done by people.

“I had never imagined what all a computer would and could do,” she said.

While Wiley may not have imagined a computer so small and powerful that our youth seem to be dependent on, current youth would be just as perplexed to live the life she did.

“We moved to Johnson Pike and each day I would walk half a mile to catch a ride with a neighbor,” said Wiley. “I paid her $1 a week to drive me back and forth to town each work day.”

At the time, she was making $1 a day and working six days a week. On Saturdays, she and co-worker Sally Dearing would enjoy lunch at the Blue Ribbon Restaurant, where they were served a ham sandwich and potato salad for $1.25.

She said then employer, D.M. Hutton, cut the work week down to Monday through Friday when his main press operator had found a five day a week job.

Leaving the interview and walking briskly down the hallways of Morning Pointe, Wiley pointed out each administrator’s office and what their responsibilities are, where her room is and the shopping trip they had planned for her birthday.  While she may be amazed she lived to see 101-years-old, in truth, she is the one who is amazing.