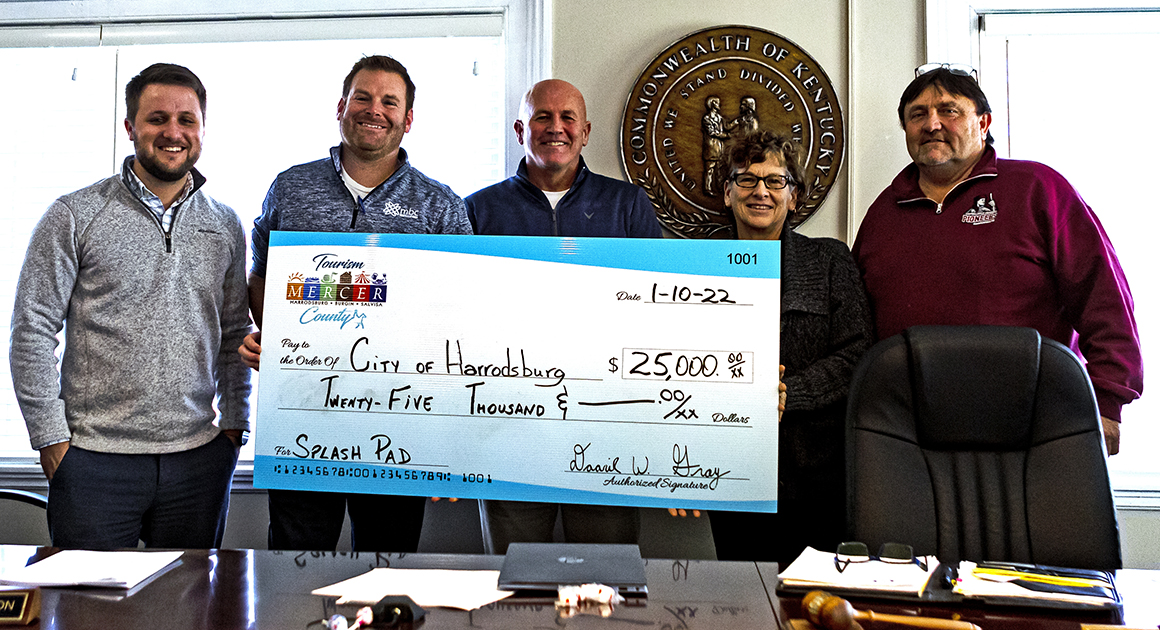 The City of Harrodsburg was presented with a $25,000 check by Daarik Gray, the executive director of the Harrodsburg-Mercer County Tourist Commission at their meeting on Monday, Jan. 10.  The contribution goes toward construction of a splash pad at Young’s Park.

Last month, the commission awarded the contract-worth $147,205.84-to DWA Recreation to build a splash pad and playground at Young’s Park.

Mercer County residents were caught off guard by the city’s decision to tear down the playground back in August of last year. City officials said they had received complaints about the playground equipment being in bad shape. After a safety inspection, it was recommended the city take the equipment down.

At the same meeting, the commission learned the Harrodsburg Police Department has received reaccreditation from the Kentucky Association of Chiefs of Police. HPD Chief Brian Allen said the city will save 12-percent on their insurance premiums. Allen said he and his department had been working on the accreditation process—which included a site survey—for 14 months.