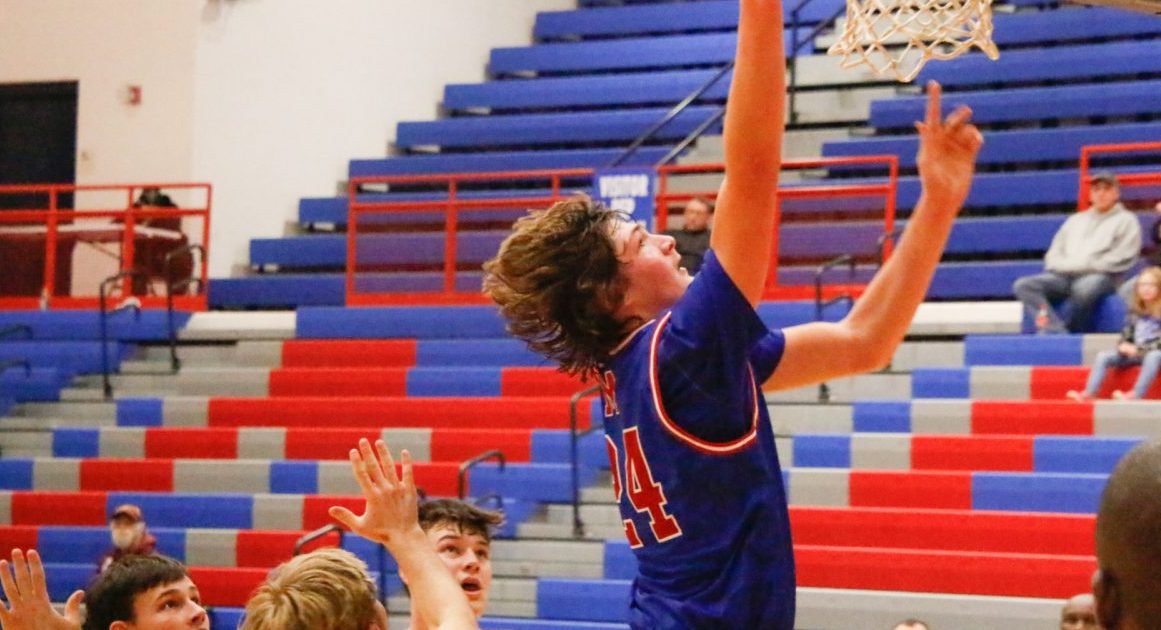 The Harrodsburg Herald/April Ellis
Trevor Ellis led the way for the Titans with a career high 19 points and nine rebounds in Mercer’s loss to Bourbon County on Dec. 30.

Bourbon struggled with shooting in their earlier games against Bullitt Central and Tates Creek, but came out with the hot hand shooting 47% against the Titans.

Mercer didn’t score until halfway through the first quarter, when senior Brayden Dunn drove one down the middle, 7-2. Junior Seth Caton added two more points and senior Sam Baughman sank a 3-point shot. Freshman Trevor Ellis was fouled going for two, but didn’t hit either foul shot. The Titans struggled from the foul line only hitting eight of 17 for the night. Ellis blocked a shot to redeem himself, but Mercer closed out the first quarter trailing Bourbon, 14-7.

Senior Aaron Caton scored for the Titans on the first possession of the second quarter, 14-9, but Bourbon was strong at the boards and scored four more points on offensive rebounds. Sophomore Donovan Wright hit a 3-point shot and hustled back to get the steal and was fouled on his way to the basket, but the Titans seemed to be cursed at the charity stripe, 18-12.

Mercer Head Coach Josh Hamlin called time out with 1:44 left in the half and put both his big men back in, Ellis and junior Evan Hart, and the two combined for five more points cutting Bourbon’s lead, 21-17.