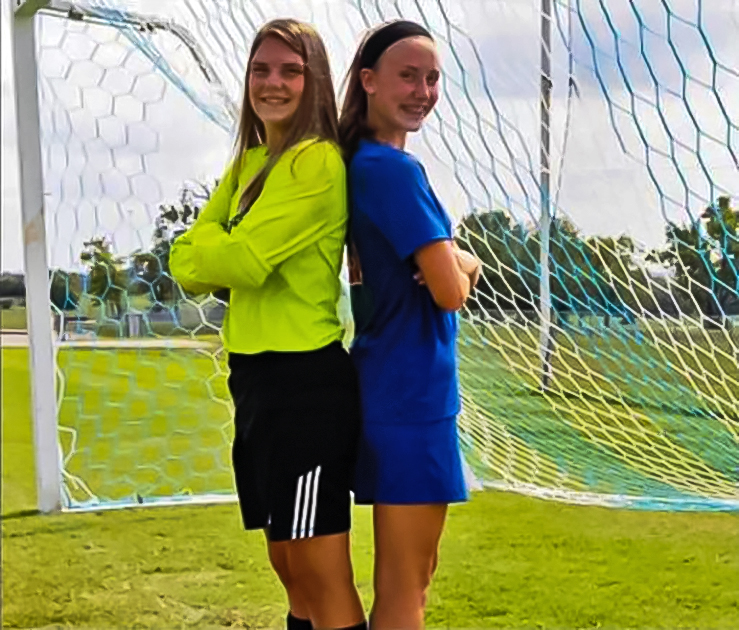 Mercer County Senior High school graduates Lyzzi (2019) and Vanna Prigmore (2018) started playing soccer at the age of four and were always on the same team through school, travel ball and indoor. After a total of 96 games and a total of eight great seasons for the Titans they continued their soccer careers separately, Lyzzi currently plays center attacking mid for the Georgetown Tigers while Vanna is a goal keeper for the University of the Cumberlands Patriots.

The Prigmore sisters shored up the Titans defense for five seasons under both coach Tony Brown and current head coach Josh Culver. Vanna appeared in the goal for 41 games with 56 saves and five shutouts. Lyzzi played 55 games as a defender finishing with a career total of 12 goals and 15 assists including leading the team in scoring in 2018. Both sisters also were a part of the Mercer track and field team. Lyzzi was on the team that brought home the 2019 state championship.

The Prigmores helped the Titans take home two 46th District championship awards and made it to the 12th region championship game in 2017. Their favorite memories from their time at Mercer come from the 2017 season where the Titans defeated the Danville Admirals, 3-2, in penalty kicks to move on to the championship game. Another fond memory of theirs were the bonds and relationships their team built at the Western Kentucky soccer camp in 2017. That same year both sisters were nominated for the all 12th Region team and Lyzzi was selected the following year to the 12th region all tournament team.