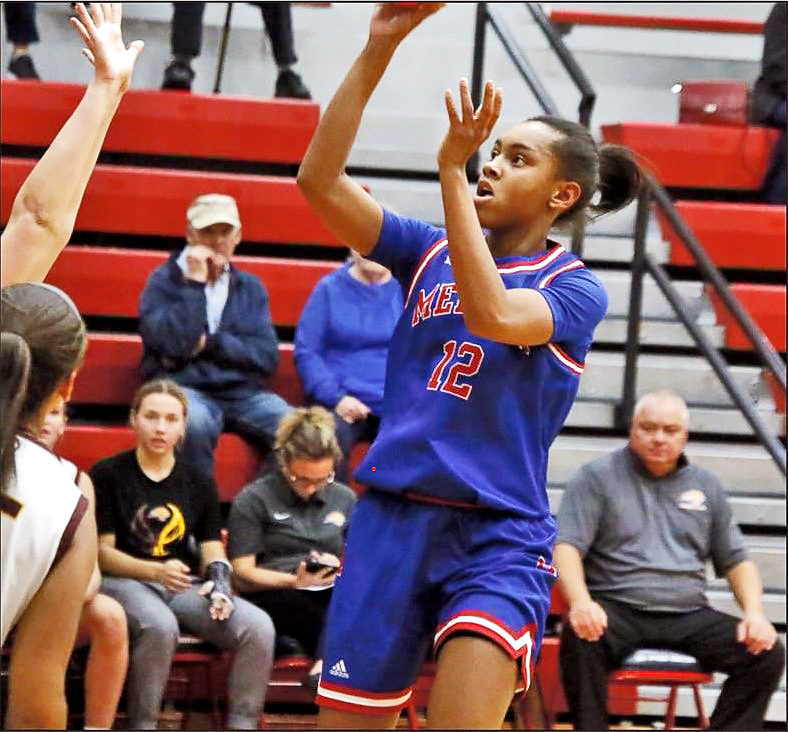 The Harrodsburg Herald/Wesley Bird
Timberlynn Yeast led the Titans with 27 points, 10 rebounds, four assists and two steals against Cooper in the first round of the Century Bank Holiday Classic on Monday, Dec. 27.

The Mercer County girls basketball team (5-5) lost, 46-60, to the Cooper Lady Jaguars (7-4) in the first game of the Century Bank Holiday Classic at Anderson County High School. The team was without key starter Lindsay Jessie and Head Coach Hayley Spivey due to illness. Todd Bryant was the acting head coach for the Titans.

Timberlynn Yeast was the first one on the scoreboard with a steal and finish at the rim, 0-2. Cooper answered back using their height advantage to get a bucket in the paint, 2-2. Timberlynn kept up the scoring pressure with two dribble drives ending in four points, 6-5.

The Lady Jaguars went on a run with a floater in the paint and a few successful inside shots capped off with a corner three to jump out to an early lead, 7-16. Timberlynn Yeast stopped the Cooper run with a triple and then found Sara Dunn in transition for an easy layup. The Jaguars made the last shot before the first quarter buzzer, 12-19.