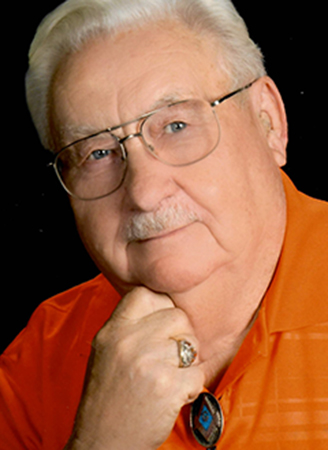 William “Bill” Leonidus Tyler, 89, Kokomo, passed away Wednesday Dec. 15, 2021, at his home. Born in Harrodsburg, on September 8, 1932, he was the son of the late Charlie B. and Lillie B. (Click) Tyler. On August 16, 1958, he married Wilma Elizabeth (Stephens) Tyler in St. Louis, MO, and she survives. Bill was a 1952 graduate of Harrodsburg High School. Following high school, Bill proudly served his country in the United States Air Force for 32 years. He earned the rank of Senior Master Sergeant and worked at Grissom Air Force Base as an Aircraft Mechanic. He was a devout member of In His Image Church. He also was a member of the Kokomo Veterans of Foriegn Wars and lifetime member of the National Rifle Association. Bill was a member of Scottish Rites, Murat Masonic Temple, and member of the Center Masonic Lodge. He was proud when he achieved his 50-year pin. He was passionate about Kokomo Shrine Club. He was a talented leather crafter and often taught leather gilding at the county 4-H. Bill enjoyed square dancing with his wife, Wilma. In addition to his wife, Bill is survived by his daughters, Tammy Dianne Kelly, and Pamela Cheree (Stephen) Bachmann; grandchildren, Jason Tyler Kelly, Shannon Cheree Hargraves, Kristina Cheree (Jordan) Grider, Kasey Tyler (Kayla Edgerly) Coughlin; great-grandchildren, Clayton and Sophie Kelly, Peyten and Royce Hargraves, Teaghen and Reaghan Coughlin, Ryker and Charley Grider; several nieces, nephews, and cousins. He was preceded in death by his parents, Charlie and Lillie Tyler; and son-in-law, Bret A. Kelly. Friends are invited to visit with the family from 11 am to 1 pm Wednesday December 22, 2021, at In His Image Church, 2940 East 50 North, Kokomo, IN 46901. Funeral service will be held at 1 pm on Wednesday at the church with Pastor Brad Swain officiating. Masonic rites will be conducted by the Center Masonic Lodge to begin the funeral at 1 pm. Burial will follow in Sunset Memory Garden. Military honors will be provided by the United States Air Force and Kokomo VFW Military Rites team. In lieu of flowers, contributions may be made in Bill’s memory to Kokomo Shriner’s Club or the Ronald McDonald House—Indianapolis. Shirley & Stout Funeral Home & Crematory has been entrusted with arrangements. Messages of condolence may be left online at www.shirleyandstout.com.