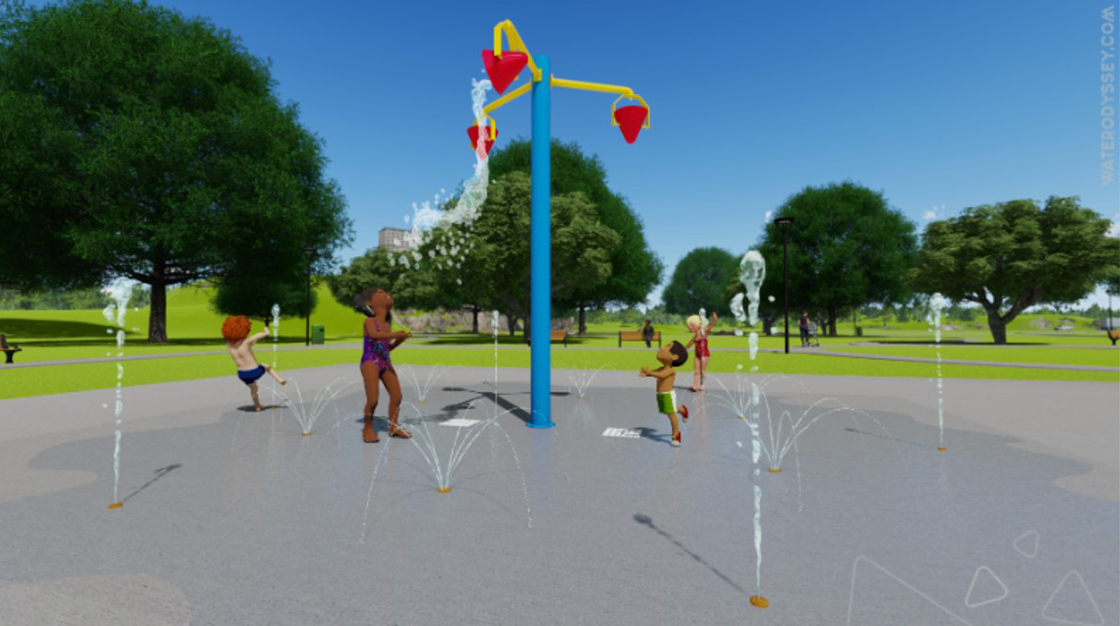 Photo Submitted By DWA Recreation
A computer illustration of a proposed splash pad which could be built at Young’s Park.

The Harrodsburg-Mercer County Tourist Commission is making a $25,000 contribution towards building a splash pad and playground at Young’s Park.

Last week, the Harrodsburg City Commission awarded the bid to build a splash pad and playground at Young’s Park to DWA Recreation for $147,205.84.

Back in November, Harrodsburg Mayor Billy Whitenack asked the tourist commission to make a contribution of at least $25,000. At last week’s meeting, Bob Gigliotti, the treasurer for the commission, said they could pull funding from tourism development fund. Saying the tourist commission was well under budget, Gigliotti recommended allocating $25,000 for the splash pad.