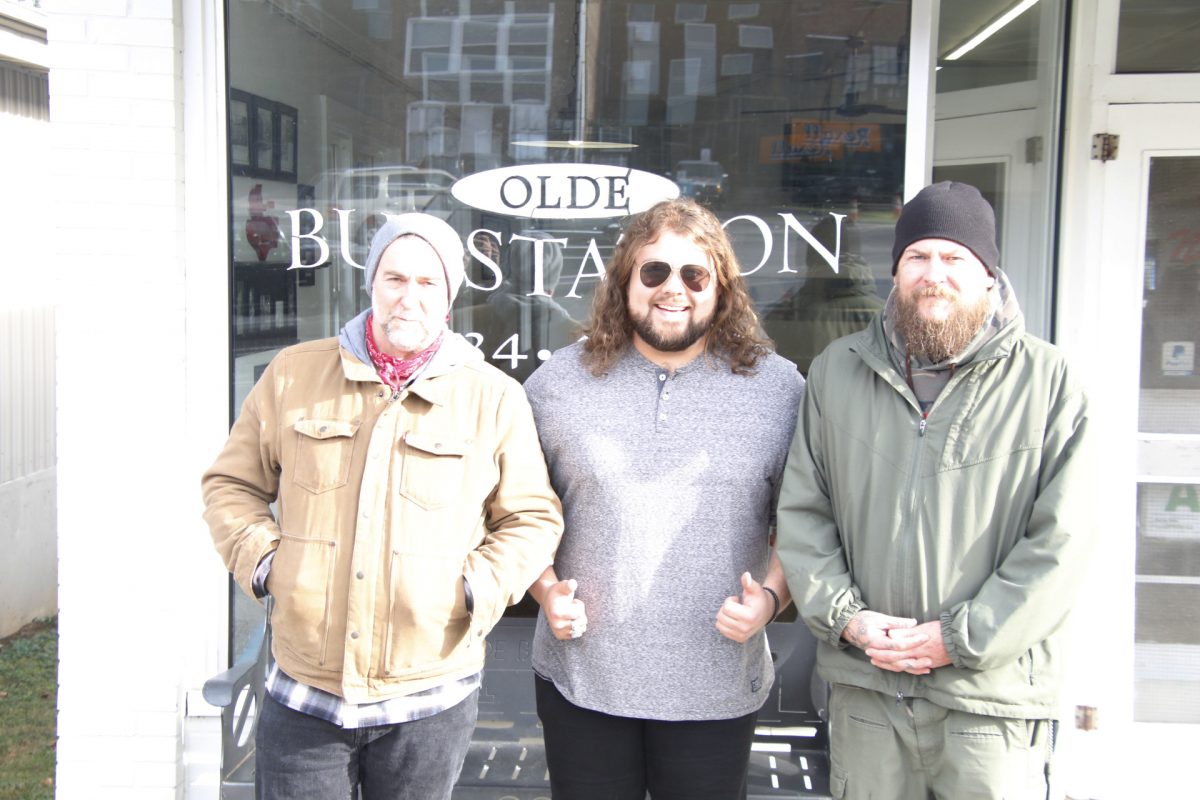 The Harrodsburg Herald/Wesley Bird Dillon Carmichael, Director Jim Wright and Cinematographer Keith Leman pose for a picture after wrapping up shooting at the Old Bus Station.

Central Kentucky is no stranger to country music superstardom. Last week Mercer County’s own Dillon Carmichael returned home to shoot the music video for the title track for his newest album “Son of A”.

Carmichael, a Burgin native thinks of Mercer County as home. “This is where I grew up. It’s where my mom, family, friends and everybody are,” said Carmichael. He began to rise in the country ranks in 2018 with his first album “Hell on an Angel”, and he has continued his upward trajectory hitting the Billboard chart in 2020 for his single “I do for you” and again with his release of the “Hot Beer” -EP earlier in 2021.

The music video for Carmichael’s second studio album’s title track, “Son of A,” got the hometown treatment. Carmichael returned to Mercer County with director Jim Wright to honor the place Carmichael calls home. Their filming locations included: his aunt, Lora White’s restaurant, The Old Bus Station and her house. 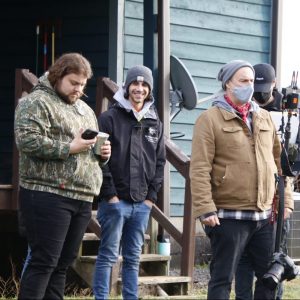 The Harrodsburg Herald/Wesley Bird
Dillon Carmichael and Director Jim Wright look on at the filming of the “Son of A” music video in Burgin on Tuesday, Dec. 7.

Carmichael is certainly a breath of fresh air. His strong baritone tone and classic country roots are a refreshing alternative to the overly produced sounds that are often found on today’s country radio. Lyrically, Dillion shows his strength as a song writer, offering both heartfelt and light hearted masterpieces. For Carmichael “Son of A” is a special example of this craft and care when it comes to song writing saying, “The song ‘Son of A’ is real special song, my pride of joy if you will, it’s about family, it’s about people who care about you and that’s what we’re surrounded with at this video shoot today, is people who care about me and people who care about each other. I think that’s the moral of the story here.”

For Carmichael it may be a challenge to return home to 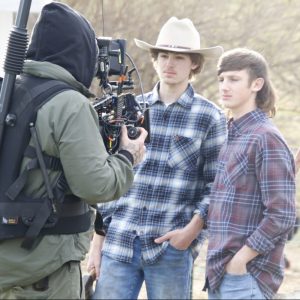 Mercer County. The busying life of a country music star is not one that allows for much down-time, however for us he is more than “…a son of a momma, a son of a dad,”. For us Carmichael is a son of a community who believes in him and will cheer him on as he reaches his dreams. For Mercer County, Carmichael  is a son of us all.

For more updates on Carmichael, follow him on social media @dillonCmusic or online at www.dilloncarmichael.com. He will be playing next with Riley Green on the We Out Here Tour with Kameron Marlowe and Dillon Carmichael on Jan. 6, 2022 at the Township Auditorium in Columbia, South Carolina.