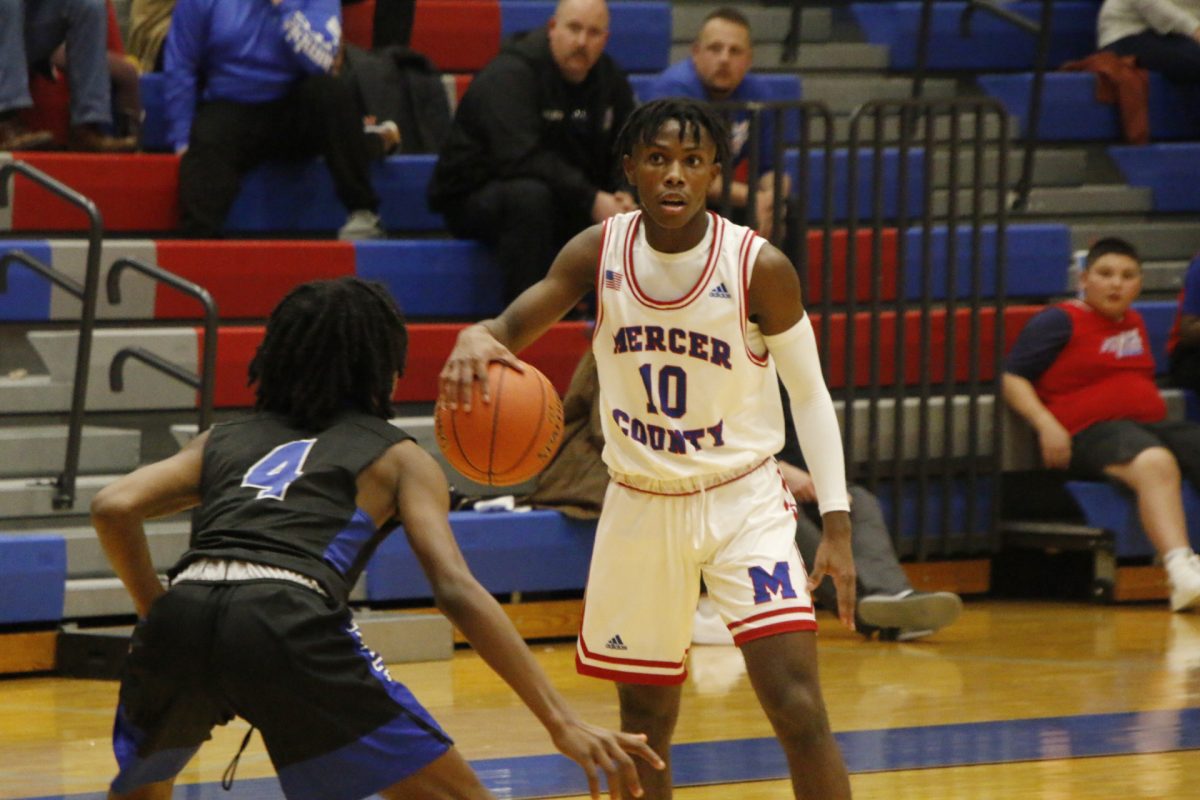 The Harrodsburg Herald/Wesley Bird
Junior transfer AJ Wearren lead the way for the Titans with 22 points, three rebounds and great defensive effort in the Titans win over Danville, Dec. 6.

The Mercer  County Senior High Titans boys basketball team (2-0) defeated the Danville Admirals (3-1), 62-54, in their second victory of the season with junior AJ Wearren leading the way with 22 points.

“It was a really good win, it was a team win,” said Mercer Head Basketball Coach Josh Hamlin. “We had a lot of kids step up and do a lot of good things. They battled and worked really hard.”

Senior Sam Baughman dropped two 3-point shots followed by a bucket by freshman Trevor Ellis and the Titans jumped out 8-0 in the first few minutes of the game.

The Titans’ defense was stellar and it took almost four minutes for the Admirals to finally get points on the board. The Titans kept Danville’s Dante Hayden, who lead them in scoring last year, to only five points for the game.

Danville played Mercer man-to-man. In the past, they  have usually faced a zone defense, but it wasn’t an issue, with five players scoring in the first quarter and nine players scoring overall.

The Titans lead at the end of the first quarter, 14-7, with junior Jarius Bryant scoring all of the Admiral’s points.