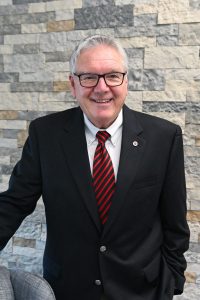 Dr. H. Keith Spears, interim president at Campbellsville University since the beginning of the year, has been appointed the university’s 11th president.

Spears is president for an abbreviated period until Dr. Joseph “Joe” Hopkins, dean of the School of Arts at Samford University, becomes the 12th president in the 115 years of Campbellsville University effective Feb. 1, 2022.

Spears has served Campbellsville University since 2009. His leadership roles have changed over the years leading up to his extensive work with the president’s office.

“This announcement was a surprise and humbling,” said Spears. “I took the interim position to lead during this transition, but, it is certainly rewarding to be recognized by the Board of Trustees in this manner.”