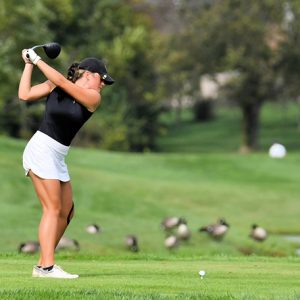 Photo Submitted
Bekah Upchurch is going into her final season at Georgetown College and has hopes to finish the season strong.

Upchurch first started playing golf in the fifth grade when her dad introduced her to the sport. She joined the Mercer County Senior High School girls golf team as a seventh grader and played from 2013 to 2019. As a sophomore, Upchurch placed first in the Lexington Catholic invitational paving her way to make history as the first female golfer to go to state for Mercer where she finished in the top 25. She returned to state her senior year and placed in the top 20.

Her favorite memory as a Titan was her win at the Nelson County Invitational where she didn’t know how well she was doing until turning in her final scorecard. Upchurch also played in the American Junior Golf Association (AJGA) and Kentucky PGA junior tour where she now interns in the summer. The AJGA circuit offered Upchurch the chance to travel all over the country to play in matches and she built quite the resume. Her dedication, skill and hours of hard work on and off the course earned her a scholarship to Georgetown College.

Upchurch chose Georgetown College because it was close to home, had a close knit campus, and offered the 3-2 engineering program she was looking for. As a Georgetown Tiger Upchurch had to adjust from being on the smaller high school team made up of one or two girls to a full team where only five girls would qualify for tournaments. Since joining the team she has never not been a top five member and has been the “One-Man” the past two seasons. Her freshman year she was part of the 2019 all tournament team for the Georgetown Invitational and it was the first time Georgetown had won the event in 10 years. As a sophomore she placed third in the 2020 Georgetown College Invitational earning a place on the all tournament team.

Now in her final year at Georgetown, Upchurch plans for this to be her last season playing golf as she serves as the “One-Man” and Co-captain for the Tigers. She was already selected for the second team all conference in the 2021 spring season and her goal for the upcoming season is to place in the top 15 in conference play and keep the “One-Man” title for the Tigers. 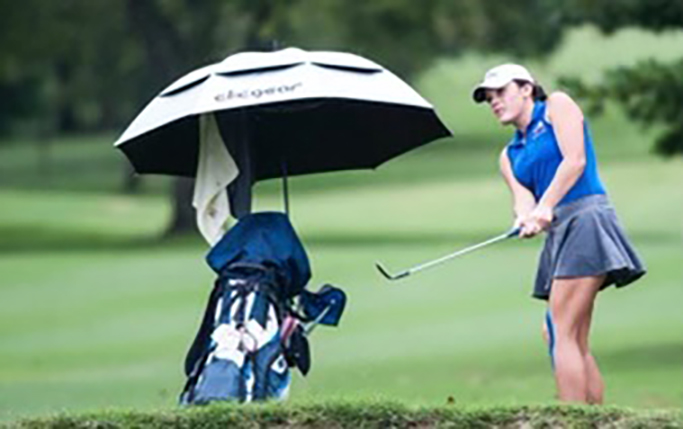 Photo Submitted
Bekah Upchurch was the first female golfer to go to state in Mercer County history and she did it twice.

Upchurch splits her time in college where she is on track to graduate this year from Georgetown with an engineering degree and a minor in mathematics while also attending the University of Kentucky where she is working on her civil engineering degree. On top of all that she also interns at SynTerra Engineering Corporation in Lexington. Upchurch’s plan after graduating is to be a civil engineer with a focus on highway construction and work with her father at Mago construction.