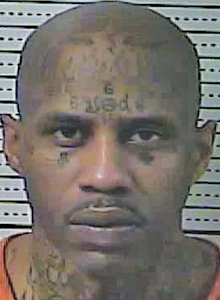 A Harrodsburg man is in jail on drug charges after police searched a local motel and discovered substances they believe to be heroin, methamphetamine, cocaine and a fentanyl derivative.

Officers from the Harrodsburg Police Department executed a search warrant on two rooms at the Economy Inn on College Street on Friday, Nov. 17. Investigators had received a tip that a male subject was distributing drugs at the motel, according to the complaint warrant.