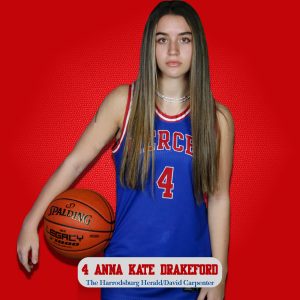 Last year’s Lady Titans hit their stride at the perfect time, tournament time. They easily won another 46th district championship and were in the 12th region championship game when sophomore Anna Kate Drakeford went down with an injury. Drakeford had been a double digit contributor all year. For Drakeford, the game started with dreams of going to the Sweet 16 and ended just hoping she would make it back on the court the following season.

“As soon as I went down I knew something was seriously wrong,” said Drakeford, “But, this was the region championship. I wanted to get back out there for my team. I tried to jog along the sideline and convince them I could go back in, but I think we all knew it was worse than we wanted to admit. My coaches care about me. They thought it was in my best interest to sit out.”

Drakeford suffered a torn anterior cruciate ligament (ACL) along with two tears to her meniscus, which added more time to her recovery. She headed to the University of Kentucky sports medicine clinic and Dr. Austin Stone. Stone had operated on other Mercer athletes and was optimistic he could get her back on the floor for the 21-22 season.