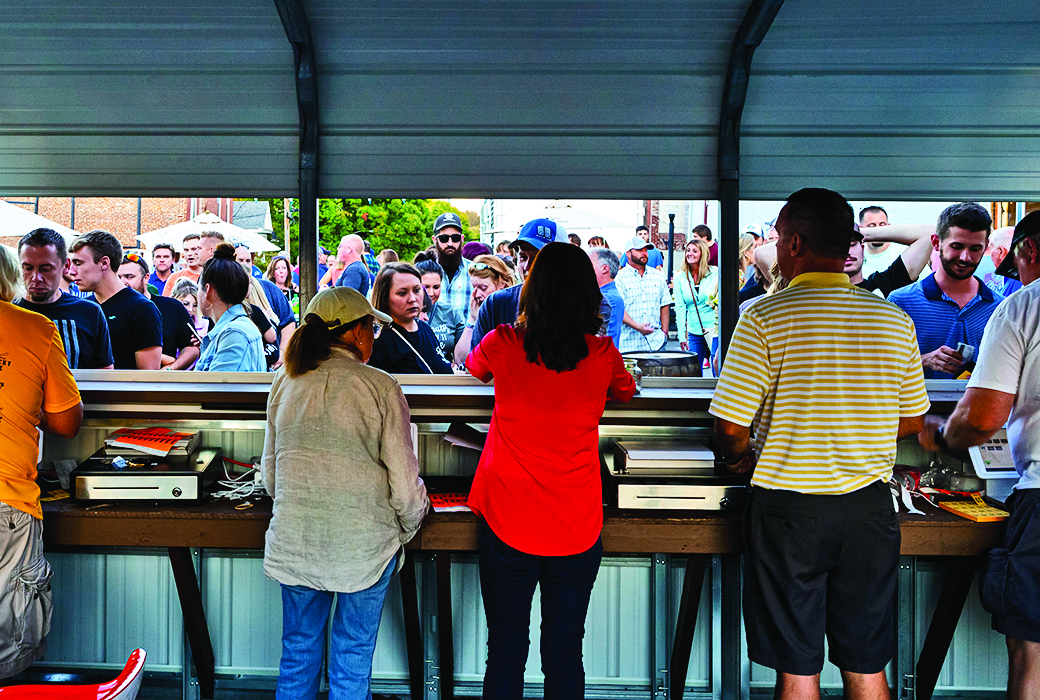 The Harrodsburg Herald/Robert Moore
Volunteers at the ticket booth were kept very busy at this year’s Oktoberfest. The annual event, which began in 2016, recorded its second highest profit this year.

The organizers of Oktoberfest announced that the festival recorded a profit, the second in its history. Since 2016, the festival has always drawn big crowds to downtown Harrodsburg. But it didn’t draw a profit until 2019, when the festival realized a profit of $16,053.64 after expenses. After a year off due to COVID-19, the event recorded a gross profit of $114,446, with an official net income of $13,822.81.

Noel Turner, the treasurer for the Harrodsburg First Main Street Program, told the board of directors that counting several refunds and payments that are still outstanding, the total profit could amount to $14,315.60.

“I’m pretty excited about that number,” Turner told the board at their meeting on Thursday, Nov. 18.

Turner said approximately $42,000 in alcoholic beverages were sold at Oktoberfest-4,404 beer tickets at $6 each.