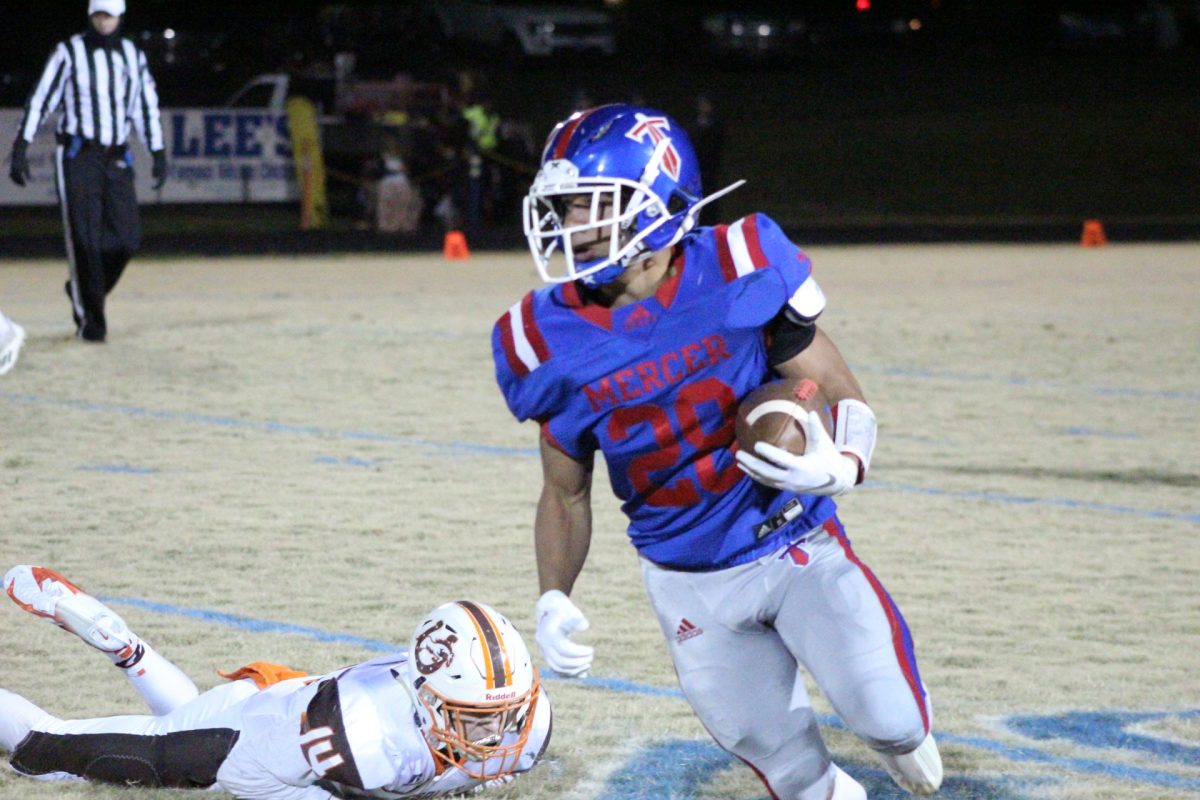 DeSales started the game with the ball, and the Mercer defense set the tone early with a big play in the backfield by Myles Haygood and Lleyton Penn to set the Colts back seven yards. The Titans got the stop after a DeSales penalty forced a punt that only went 22 yards. Mercer’s offense took the field at the Colt’s 40 yard line and after three rushing attempts picking up 12 yards they went to the air. Senior quarterback Trosper Buchanan found his go to receiver, Thaddeus Mays, for a perfect 28 yard touchdown pass in the corner of the endzone, 7-0. Jonah Lewis added on the extra point, he was five out of six on the night bringing his season total to 36 out of 39.

The DeSales offense had their first big play of the night with a 30 yard pick up on a sweep down the right sideline that put the Colts on the Titans 31 yard line. Brayden Dunn made a great play on defense with a tackle for a two yard loss on a bubble screen from DeSales. On the next play, the Colts quarterback’s pass was just over his intended receiver, but it was a perfect pass to Mays who took the interception back the other way.

Mercer’s offense started on their own 30 yard line and picked up an easy first down on the ground with Jackson Peavler carrying the ball. On the next set of downs, two incompletions stalled the drive and brought up a fourth and seven. Head Coach David Buchanan sent out the punt team and called a fake with Beau Brown taking the snap up the middle, but it was unsuccessful.

For the rest of the story including statistics, check out this week’s issue of the Harrodsburg Herald. Click here to subscribe.