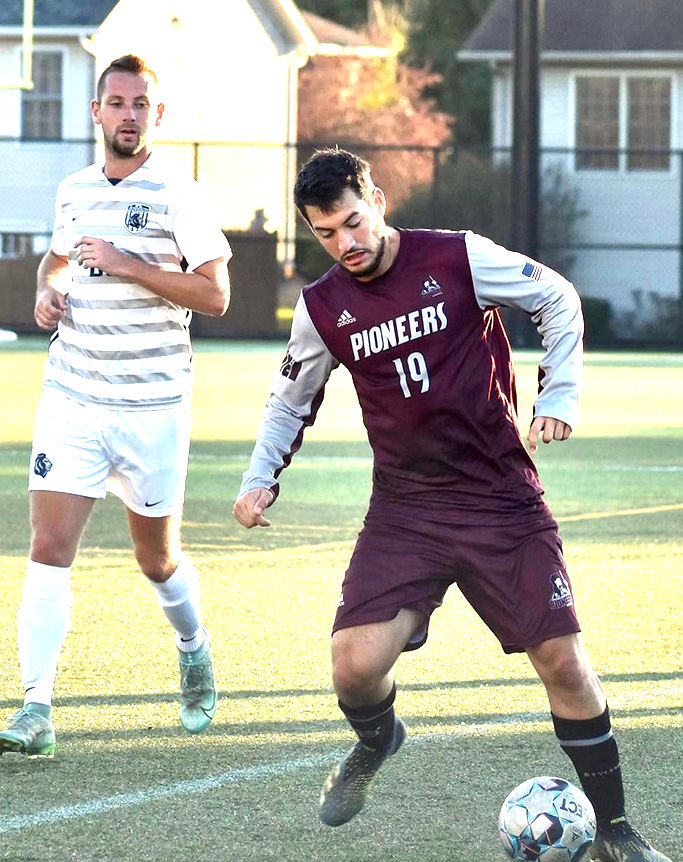 Harrodsburg native Brandon Ballard sent the Pioneers to their first ever regional title game. Ballard had three goals in the Pioneers’ 4-3, win on Saturday, Nov. 6, in the regional semi-final against the Johnson Royals.

In the first half, Ballard gave the Pioneers an early lead over the Royals, but the Royals were able to tie the game at 1-1 going into the half.

Right after the half Ballard picked up his second goal coming this time by a penalty kick as he drew a foul in the box. The Royals weren’t finished. Picking up two quick goals to gain the 3-2 lead over the Pioneers. Gavin Hawkins scored on a breakaway goal that tied the game up with just over 20 minutes to go.

The Pioneers and Royals traded attacks in the time remaining until Ballard drew a foul in the final minute of regulation. Ballard lined up the free kick just outside of the box, striking it off his right foot beating the goalie to give the Pioneers the lead. The Royals however had a chance to tie with an attack deep into the Pioneer zone, but came up short and sent the Pioneers to the regional championship game.

The Pioneers came up short in region title game on Saturday, Nov. 6, being defeated by the Boyce Bulldogs, 6-1. The Pioneers season came to an end, but for George Brown in year one as the head coach he takes the Pioneers to the regional championship.

For the rest of the story including a season recap, check out this week’s issue of the Harrodsburg Herald. Click here to subscribe.