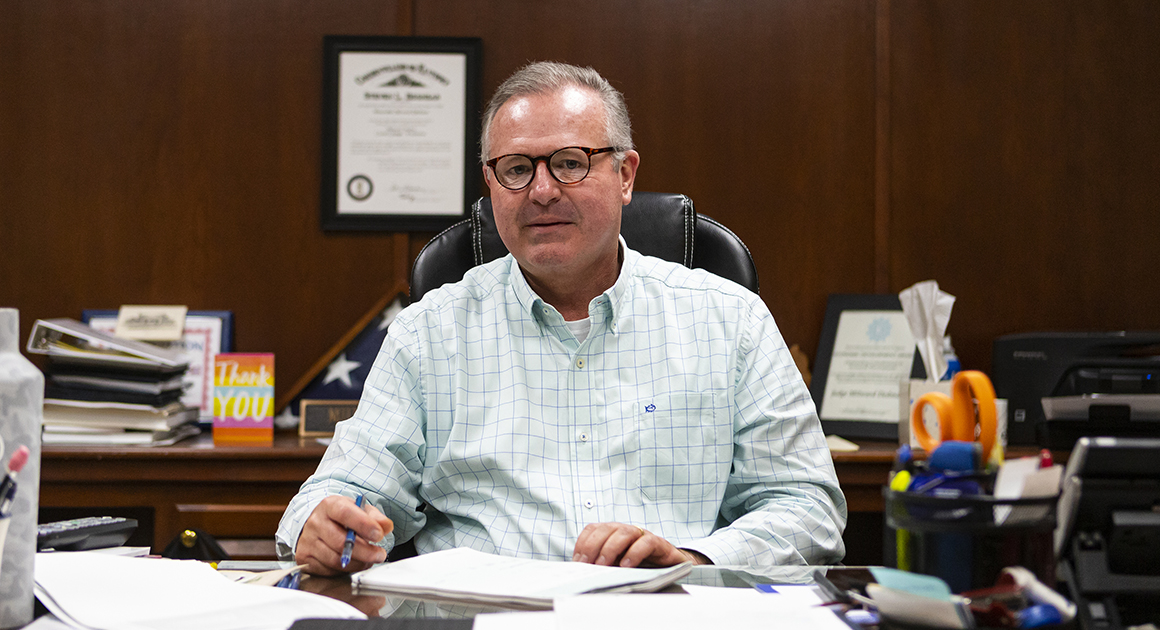 At the end of the most recent Mercer County Fiscal Court meeting, Dedman announced his resignation as judge-executive after 12 years in service. His resignation goes into effect on Monday, Nov. 15, at 4:30 p.m.

In July, Dedman announced he would not be running for reelection. He has about a year left on his term. The fiscal court selected Magistrate Tim Darland to serve as interim judge-executive.

Dedman told the magistrates he had accepted a position as deputy director with the Kentucky Infrastructure Authority (KIA).

“This is a good opportunity for me,” said Dedman, who said the job was not something he was seeking out. Dedman said he had been offered other positions., but he’d turned them down.

“I didn’t think it was the right fit,” he said.

At the KIA, Dedman said he would still be working with cities and counties.

“With the ARPA funding, there will be lots of opportunities,” said Dedman, referring to the American Recovery Plan Act. Mercer County has received $4.2 million in federal funding through ARPA.

On Wednesday, Dedman said he had just sent a letter informing Gov. Andy Beshear of his resignation. The governor has 30 days starting on Monday to select Dedman’s replacement.

Dedman has served as judge-executive since 2009. Before that, he served in the Kentucky House of Representative from 2004 to 2008.

As judge-executive, Dedman has steered the community through the COVID-19 pandemic as well as controversies over the regional jail, 911 expenses and a proposed solar facility on US 127.

At Tuesday’s meeting, Dedman thanked the magistrates and employees for all their hard work during his time in office.

“They’re the ones who make this place tick,” Dedman said.