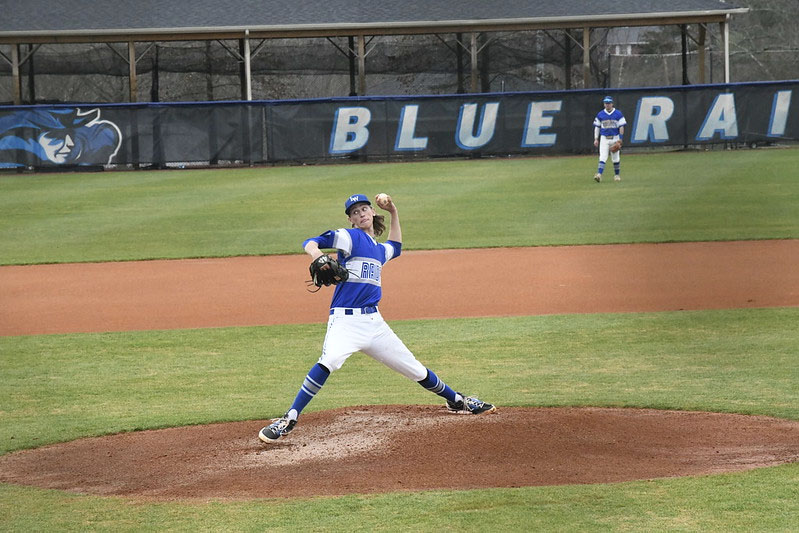 Barnett played for the Mercer County Titans baseball team from 2015 to 2019. His accomplishments on the diamond included All-District team, Kentucky High School East West All-Star game participant, and 2019 Regional Pitcher of the year. As a starting pitcher for Mercer he posted an ERA of 2.08, 13 wins, and 171 strikeouts in 128 innings. Barnett’s senior year he led the Titans to a record of 19-12, a 46th District Championship, and a trip to the regional semifinals.

His favorite high school memory was shutting out the Danville Admirals his senior year and beating the West Jessamine Colts for the District Championship.

Barnett’s work ethic on and off the field earned him a scholarship to Lindsey Wilson College. Now in his junior year, he is majoring in psychology and minoring in Christian ministry and sports management.

So far in his collegiate career he has appeared in 23 innings as both a starter and relief pitcher, where he registered an ERA of 2.89 and 23 strikeouts as a Blue Raider. On the academic side, he has a 3.75 GPA earning him the honor of being a Lindsey Wilson NAIA Scholar Athlete and a part of the Academic All Mid South Conference team.

Barnett identified the biggest difference he has noticed in his transition to the collegiate level.

“The competition between high school and college athletes, as well as having good time management to succeed in the classroom and on the baseball field,” he said.