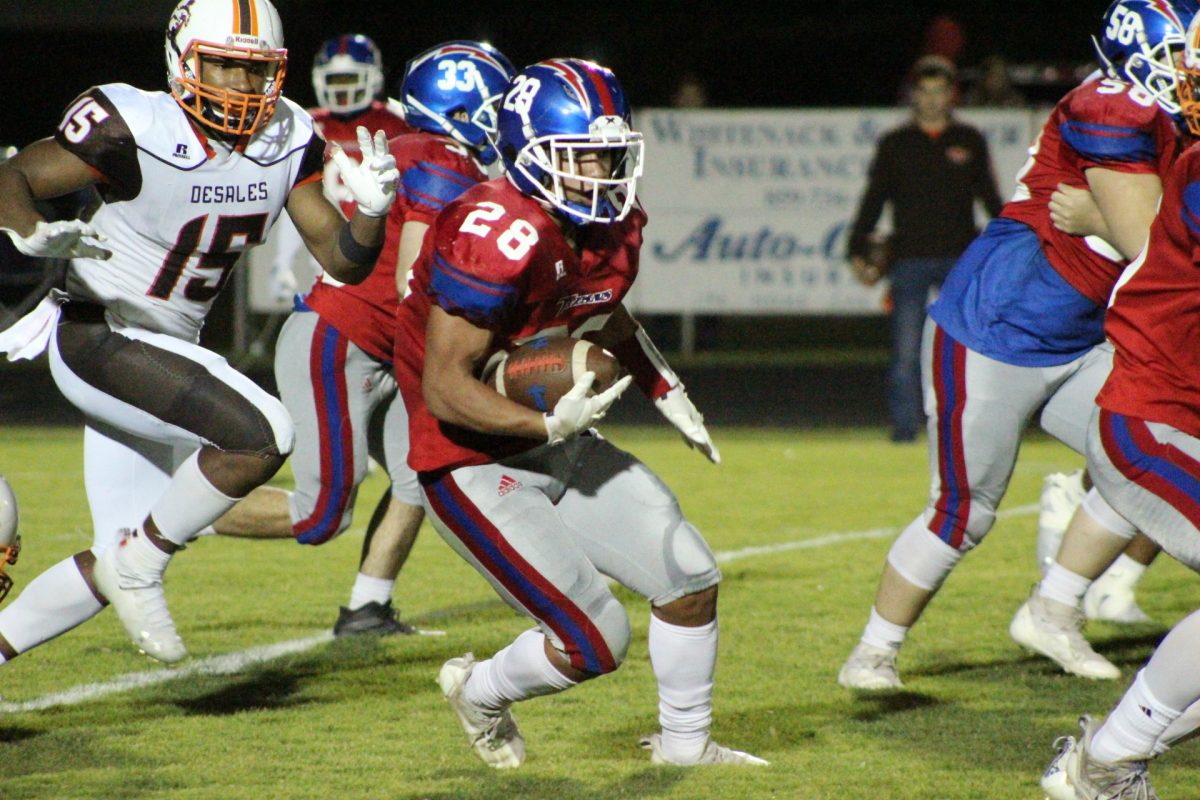 DeSales received the opening kickoff and put together a 12 play scoring drive with their biggest play being a 26 yard completion. The Colts found the endzone with a three yard rush up the middle and added on the extra point to go up, 0-7.

Mercer received the following kick off, but fumbled after a good return and gave the ball right back to DeSales. The Titan defense did their job with a quick three and out to force a punt. The offense took the field for the first time at the DeSales 37 yard line. The Colts pass rush got to senior quarterback Trosper Buchanan on the first play setting the Titans back four yards. The next play Buchanan found Cayden Devine for an 11 yard completion, but they were be forced to punt two plays later.

Jalen Lukitsch was back from injury and his first punt of the night went 44 yards pinning DeSales back on their own 12 yard line. The Colts looked like they were going to take the ball down the field again after a 29 yard completion, but on the next play Jackson Peavler forced a fumble that Brayden Dunn recovered.

The Titans had good field position on the Colts 40 yard line and started off with a great run by Dunn for 20 yards. Dunn got the ball on the next play and took it to the house for a 20 yard rushing touchdown, 7-7. Jonah Lewis added the extra point; he was 5 of 6 on the night, bringing his season total to 27 of 29.

DeSales started their next possession on their own 18 yard line and found success in the air with a 23 yard completion. They made progress down the field in Titan territory until penalties killed their drive and they couldn’t overcome a third down and 26. They did have a good punt putting Mercer on their own nine yard line.

For the rest of the story and complete game stats, check out this week’s issue of the Harrodsburg Herald. Click here to subscribe.