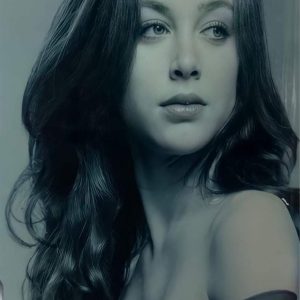 Elana Marie Irwin Perkins, beloved wife, mother and grandmother, professional ballerina who toured the world for 29 years and artistic director for several Kentucky ballet companies, passed away unexpectedly August 1, 2021 at age 55 at the home she shared with husband Smith in Harrodsburg, KY.

She was born in Milford, DE on March 17, 1966 to William John Irwin and Evelyn Stewart Irwin, who preceded her in death. Elana was one of the Irwin’s three children. She began dancing at age nine and was offered a scholarship at the School of American Ballet in New York City at age 12. She flourished at the school and was later offered a scholarship at the University of North Carolina School of the Arts in Winston-Salem. At age 15, she went to Bassano Dell Grappa, Italy for a summer to train with prima ballerina Madame Alexandra Danilova.

In the fall of 1982, she accepted a professional contract from the Baseler Ballet Company in Basel, Switzerland. With Baseler she toured France, Germany, Spain, Belgium, Yugoslavia, Luxembourg and other European countries. She then returned to the United States to dance with the North Carolina Dance Theater, Atlantic Dance Theater and the San Francisco Ballet Company.

She returned to dancing to teach for more than 12 years, and many of her students went on to dance with major ballet companies. In recent years, she taught at Winchester Christian Ballet, the Lexington Dance Factory and the Frankfort School of Ballet. She always offered words of encouragement, and constantly checked on the well-being of those around her.

Her husband Smith supported her by driving her from Harrodsburg to Winchester, Frankfort and Lexington several days a week so that she could teach. Each time, Smith waited in the car until classes ended to take her back to Harrodsburg because he knew how important ballet was to her and because Elana was his life.

In addition to Smith, she is survived by two daughters Karlee (married to Ryan Vincent) and Ali (married to Nic Cooper), and three sons including William “Mac” (married to Fallon), Kenton (engaged to Kassandra Nicole) and Walker. She is also survived by four grandchildren: Hadley, Briar, Max and Cal, and her sisters Sandy Irwin Dobronte (married to Frank) and Elise Irwin Kelly (married to Robin).

Elana was a devoted mother. Her children fondly recall watching her captivate an audience while dancing, serving Thanksgiving meals that never seemed to end, watching her order ice cream cones that she wanted completely covered in sprinkles, order Chuy’s with the extra boom boom sauce but never eat it and phone calls that always included the comment, “I’m proud of you.”

The family invites friends and family to join them for her Celebration of Life Oct. 23 at Harrodsburg Christian Church at noon, 305 South Main Street, Harrodsburg, KY40330. There will be a meal and gathering following the celebration at the church.