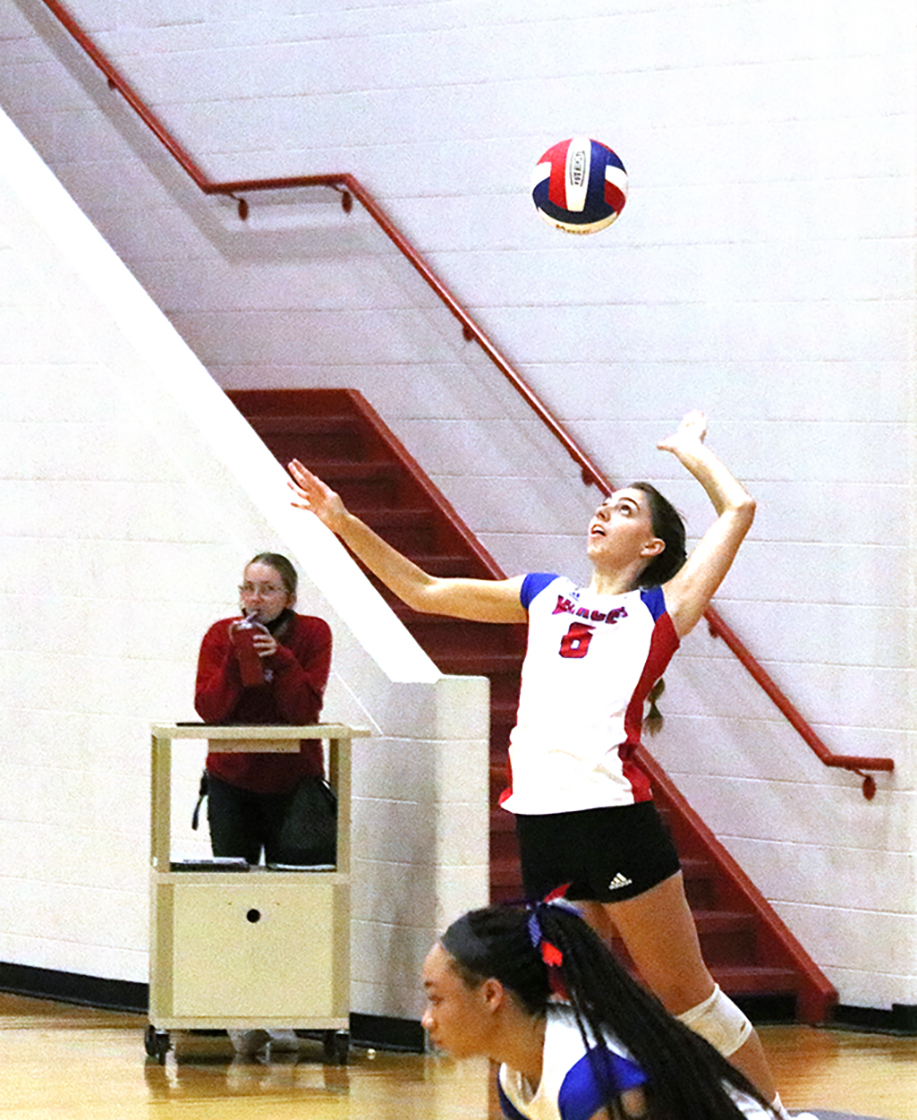 “I think tonight’s games were a good combination of both (offense and defense), because you have to have good defense with passes for the offense to even get to play,” Flach said. “We had great passes that lead to good sets which led to good hits.”

Senior Haven Six served an ace to get Mercer on the board. Mercer’s Avery Robinson served the second ace, 4-3, before Mercer started pulling away. Piazza was strong at the net with hard spikes and Garrard was forced to call a time out to try to slow down the Titans roll 13-6.

Two aces in a row by Piazza extended the Mercer lead to nine, 15-6. A nice set from Six to Robinson sailed past the Garrard defense and fell right inside the line, 16-8.  Garrard started to inch their way back on the Titans, but a long hit got Mercer back on track, 18-12. From there they only allowed Garrard four more points and closed out the set, 25-16.