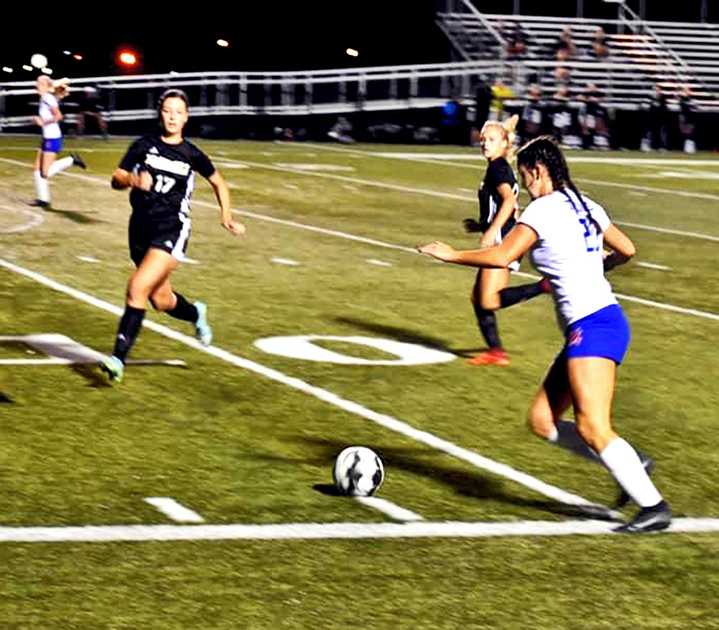 The first round of the 12th region championship took place Monday, Oct. 11, between the 46th district runner up Mercer County Lady Titans taking on the 45th district champion Boyle County Lady Rebels at Boyle County. This was the first match up this season for the teams and the Lady Titans came out triumphant to advance to the next round of regions, 1-0.

Both teams battled sickness and injury and were missing a couple players. The Lady Titans came out strong and freshman Adison Wilham was back in the line up after a short illness. Junior Ryleigh Sipe was back in the goal and ready for action.

The Lady Titans controlled the first 10 minutes of the game with a shot on goal by senior Marlie Charles and an aggressive defensive line led by senior Maddie Angel.

Boyle controlled the ball for the next 15 minutes of play with a couple unsuccessful corner kicks. The Lady Rebels were able to keep the ball on their end, except for a couple quick runs by Mercer seniors Emma Kiernan and Charles. Blaize Sims was an obvious presence in the back and helped defend the ball and kept the Rebels off the board.

Sophomore Presley Boyne controlled the ball well and communicated with Kiernan to get the ball up the field and to the feet of Charles who made a strong shot with 14 minutes left in the first half, but unfortunately traveled a little too far right.

The Lady Titans have improved their passing game and it was evident in the first half of play, but Coach Josh Culver was upset with his team for watching the ball and not playing aggressively enough.