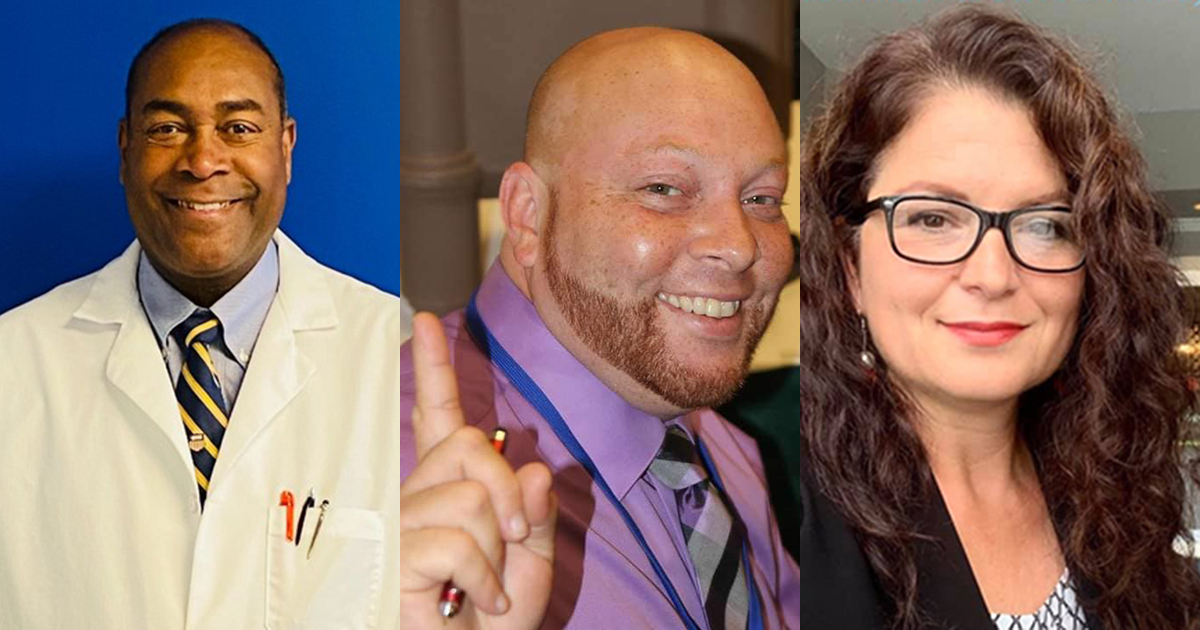 Three candidates are running to fill the senate seat left vacant after the death of Tom Buford. From left: Dr. Donald R. Douglas, a Republican from Nicholasville; Burgin City Councilman Sindicat “Sid” Dunn, who’s running as an independent write-in candidate; and attorney Helen Bukulmez, a Democrat from Paint Lick. The special election will be held on Tuesday, Nov. 2.

A Mercer County resident is one of three candidates running to replace the late Tom Buford in the state senate.

Burgin City Councilman Sindicat “Sid” Dunn is running as a write-in candidate to replace Buford, who died July 6. Buford, a Republican, had represented the 22nd Senate District—which includes Mercer, Fayette, Garrard, Jessamine and Washington counties—since 1991. Buford won re-election in 2018. His term expires at the end of 2022.

The special election will be held on Tuesday, Nov. 2.

Dunn, who is running as an independent, is up against Helen Bukulmez, a Democrat from Paint Lick, and Donald R. Douglas, a Republican from Nicholasville.

Bukulmez is an American Immigration and Kentucky injury lawyer, as well as an adjunct professor at Northern Kentucky University Chase College of Law.

“I would like to give voice to the voiceless,” Bukulmez said, according to the Jessamine Journal. A self-described farmer’s daughter, Bukulmez said she possesses the legal training required for in-depth legislative analysis and reform.

Douglas is an anesthesiologist from Nicholasville. The 14th of 16 children in a family of sharecroppers, Douglas was born in a log cabin in western Kentucky, according to the Jessamine Journal.

“As your state senator, I will remember we work for and represent the needs of our constituents, their families, and our businesses, and I will work to help our economy to thrive and grow. I will be active in all areas of the legislative process for our citizens, but education, controlling taxes (which will allow our economy to grow), and healthcare and insurance issues will be especially important topics to me, as they are to the constituents of the 22nd District and their families,” Douglas added.

Dunn lives in Burgin. His family has owned and operated Dunn’s Bar-B-Q and Catering on Cane Run Street since 1982.

Dunn said he was running because of his relationship with Buford. He said Buford had been a mentor to him, even allowing Dunn to sit at Buford’s desk on the senate floor.

“When he became my senator, he became my friend,” Dunn recalled. He said he and Buford discussed Dunn running for Buford’s seat when Buford retired.