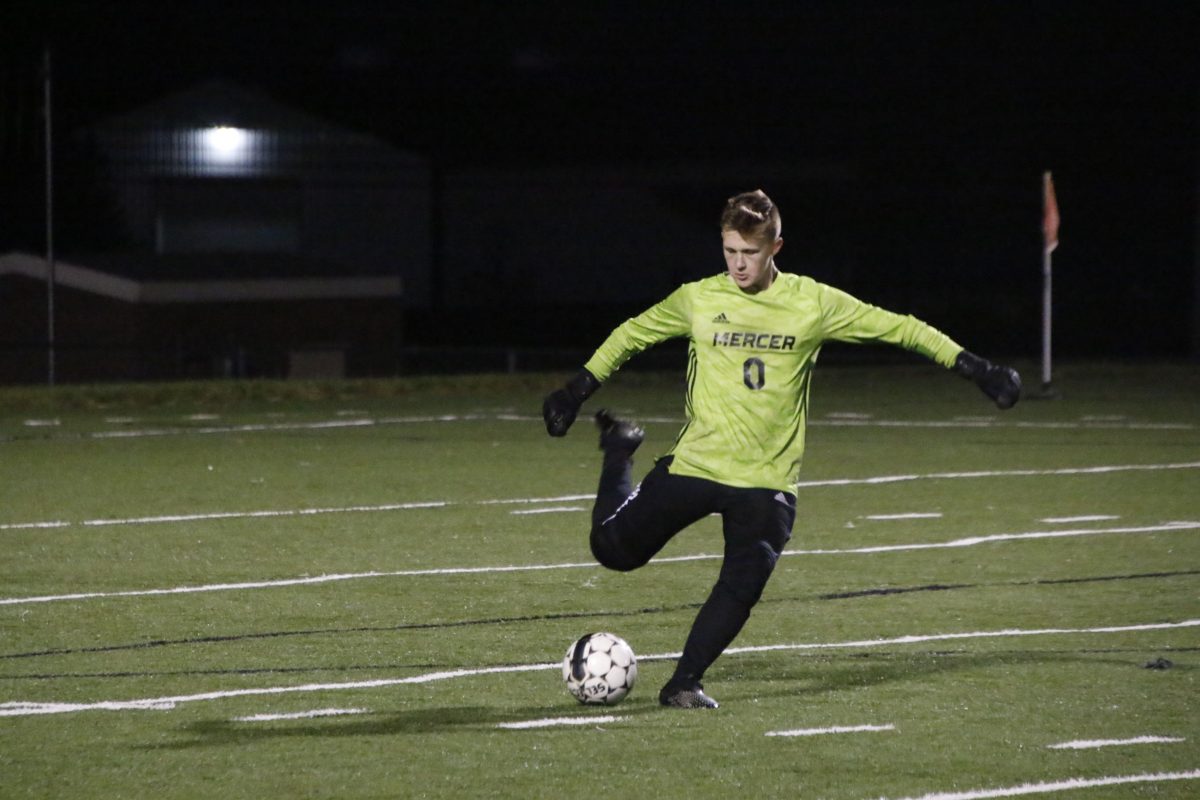 The Harrodsburg Herald/Wesley Bird
Jase Cocanougher sent the ball upfield in the Titans’ loss to East Jessamine on Saturday, Sept. 25.

The Titans ran into a familiar problem this year with two starters out due to injury and COVID-19 protocols. They were also without assistant coach Aaron Steele due to coronavirus protocols. Coach Jeremy Carlson had to plug and play players where he could, which showed on the offensive side of the field as they struggled to get shots and finish runs.

West Jessamine earned an early corner kick that was cleared by Gavin Wilson and pushed up field by Forte Bess (2’). The Colts were right back down field for a shot on goal, but Mercer’s keeper Jase Cocanaugher made the save (5’).

After the Colts were called offsides Bess was able to get the ball upfield to Collin Warren, but he couldn’t finish the run (8’). West Jessamine was given a free kick that might as well have been a corner from the spot of the foul; Cocanaugher came away with the ball out of the crowd around goal (9’).

Jonah Lewis pushed the ball upfield to Chase Mobley who got a shot off in the box, but it was deflected wide left of the goal (10’).

Cocanaugher kept the Colts out of the net with a save at 11’ and another diving save at 13’, but West Jessamine’s Aeden Steinkuhl finally got one past with a top left corner shot from inside the box (14’), 0-1.