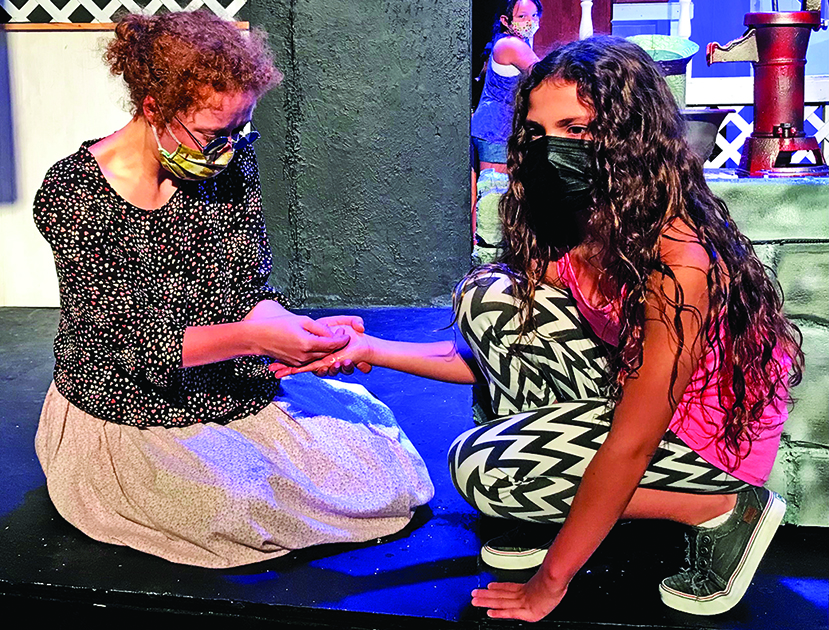 Gibson adapted the play from Helen Keller’s 1903 autobiography, “the Story of My Life.” It first debuted on television in 1957 and has since been produced many times, including the famous 1960s version which made stars of Patty Duke as Helen Keller and Anne Bancroft as Annie Sullivan.

Allan Barlow, the managing director at Ragged Edge, is directing “the Miracle Worker.” Barlow said he’s drawn inspiration from a quote from the play: “If someone could be found with as much patience as zeal…”

Barlow said the quote doesn’t only describe Annie Sullivan. He said it also describes the cast and crew as well.

“The Miracle Worker” was originally scheduled to run last year and rehearsals were well underway, but COVID-19 forced Ragged Edge to delay the production—which stars Evianna Franceschi as Helen Keller and Lyndsi Hersch as Annie Sullivan—again and again.

“Folks wouldn’t give up though,” Barlow said. He said the cast continued working on their parts, even while in lockdown. Once they got the green light, everyone jumped back into the production with a passion and energy that Barlow said took him by surprise.

“I was just amazed at how hard everyone had been working during quarantine,” he said. “We were able to really hit the ground running because the cast came back so well prepared.”

The production runs through Sunday, Sept. 26. Friday and Saturday performances begin at 7 p.m. and Sunday matinees start at 3 p.m. The box office opens one hour prior to the performance.