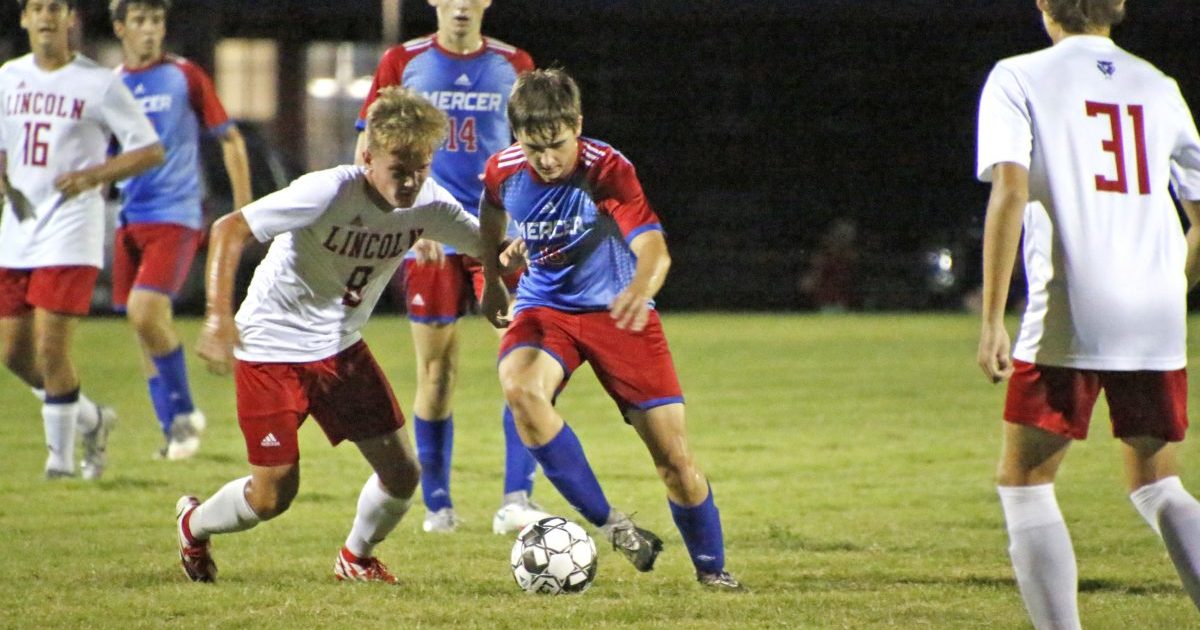 The Harrodsburg Herald/Wesley Bird
Chase Mobley scored two goals for the Titans, both with assists from Forte Bess, in Mercer’s win over the Patriots Saturday night.

The Titans wasted no time to get on the board. Junior Forte Bess worked the ball down the left side of their field and crossed it for Chase Mobley to find the back of the net early to put Mercer up 1-0 (3’).

Mercer kept the shots coming with senior Taylor Booth taking two on goal kicks, but both were caught by Lincoln keeper Jackson Sims (8’). The Titan’s and Mobley’s second goal came off a shot by Bess that was blocked by the keeper, but Mobley found the rebound in front of the goal and nutmegged the keeper to put the Titans up 2-0 (12’).

Jase Coconaugher met his challenge of the night as he caught a high bouncing shot in front of the net (17’).

James Johnston was a force on defense again this game, but made an uncharacteristic offensive push into the box to take his own shot that went across the goal hitting the far post before going out of play (19’).

The last 20 minutes of the first half consisted of deep shots from Booth, Bess, Jonah Lewis and Gavin Wilson. All of which were outside of the box and were stopped by the keeper or were just off goal. Coconaugher made a great save (38’) just before the halftime whistle to keep the score at 2-0.

Coming out of the break Lincoln made a good attempt on goal that was blocked by Coconaugher, but the ball was still in easy scoring position until Johnston stopped the follow up shot by stepping in front of the goal and deflecting the ball out to be cleared by Mercer’s defense (42’).