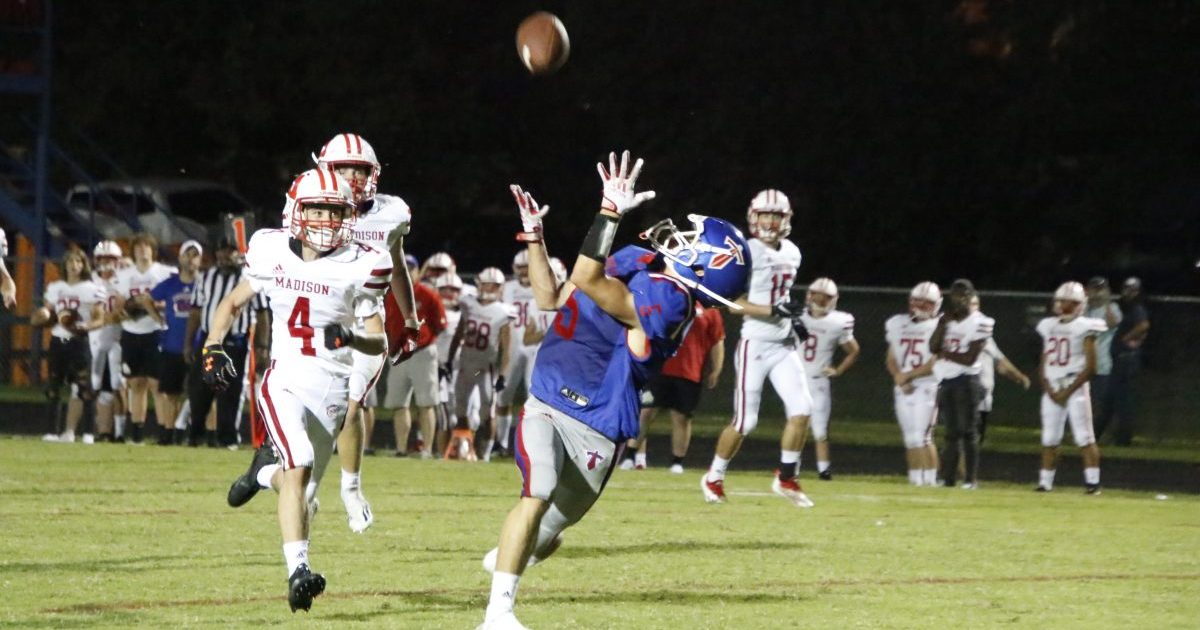 This past Saturday, Aug. 22, the Mercer County Titans football team defeated the Madison (IN) Cubs with a dominant, 34-13, win. Following the Boyle County Rebels 31-6 win over Tates Creek in the Little Caesars Fort Harrod Bowl at the Alvis Johnson Field.

Mercer got off to an early lead on a six play drive behind a strong running game from seniors Jackson Peavler and Brayden Dunn. Dunn punched his way into the endzone with a run up the middle from four yards out to put the Titans on the board first. Jonah Lewis capped off the drive with the extra point, he was 4-4 on the night in his first appearance as the Titans new place kicker.

The Titans defense started the game by forcing three straight three and outs including a huge sack from junior Ryan Burrus.

Mercer continued to show off their offensive weapons with a 20 yard completion to Dunn from Quaterback Trosper Buchanan. The most exciting play of the night came next when Buchanan tossed the ball to Dunn who then tossed it to Thaddeus Mays who found Riley Peavler all alone for a 32 yard touchdown catch. Mercer could not capitalize on the momentum as Dunn was stuffed at the line for the two point conversion after the touchdown.

Madison started to put together their first good drive into Mercer territory when second year senior Jalen Lukitsch took it the other way with a 77 yard interception to the house to extend the Titans lead to 20-0.

After Madison turned the ball over on downs, Buchanan found Riley Peavler for completions of 15 and 26 yards. Buchanan completed the drive with another toss, this time to Aaron Caton, for a 16 yard touchdown to put the Titans up 27-0.

Campbellsville University Harrodsburg sponsored the trophy presentation for the Little Caesars Fort Harrod Bowl. They presented Bradyen Dunn the MVP trophy for his 11 rushes for 76 yards, one touchdown and 6 tackles.

The Titans look to improve on their success with the early game of the Rebel Bowl against Bryan Station (0-1) on Saturday, Aug. 28, at 5 p.m. at Boyle County High School.

For the rest of the story, including full stats and key performance, check out this week’s issue of the Harrodsburg Herald.