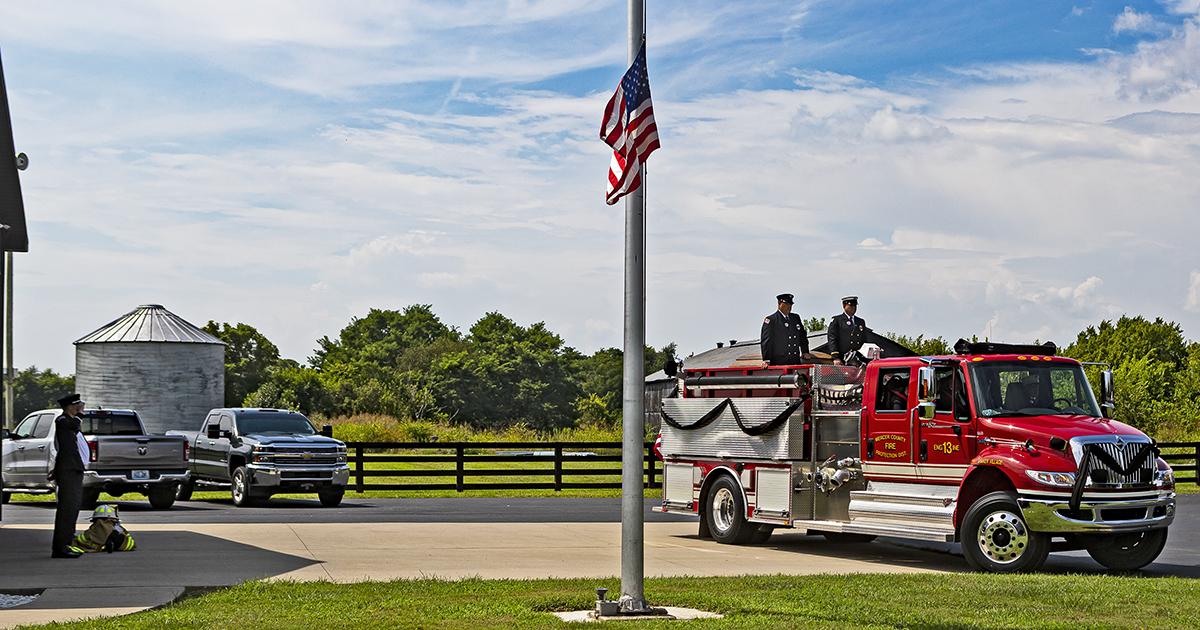 Thompson, 74, served as a firefighter for 52 years, most recently as the assistant chief at Shakertown Fire Department, Station 13 in the Mercer County Fire Protection District.

Thompson died last week at the Ephraim McDowell Regional Medical Center in Danville. He contracted COVID-19 back in July.

After Thompson’s funeral service on Wednesday, he was loaded onto Engine 13, which took him to Burgin Memorial Gardens. On the way to the cemetery, Engine 13 pulled into Shakertown Station for last respects.

During his long career as a firefighter, Thompson touched the lives of many, and they paid their respects.

“William (Sonny) Thompson has been a mentor to me since I started the fire service from day one,” said former Harrodsburg Fire Chief Scott Hammon on Facebook. “He has been a brother, a friend, a mentor and probably one of the most caring individuals I ever met. He would drop anything he is doing to help a neighbor or a stranger. I am proud to have served with him for over 30 years.”

“Sonny was always there to help people,” Ric Maxfield, chief of the Mercer County Fire Protection District, told WKYT. “He was always there not just for the community, but if someone was trying to learn something at the station or at training, he could help them out.”

In a Facebook post, Station 12 in McAfee called Thompson “the pinnacle” of what a firefighter’s job is all about.

“Sonny was a friend to all who knew him. He was family to all of us, especially the gang at Station 13 Shakertown. He was a mentor in so many ways and he was the reason people succeed in the fire service. We love Sonny and think the world of him.”

According to his obituary, Thompson was survived by his wife, Sherry, four children, one sister, eight grandchildren and three great-grandchildren.