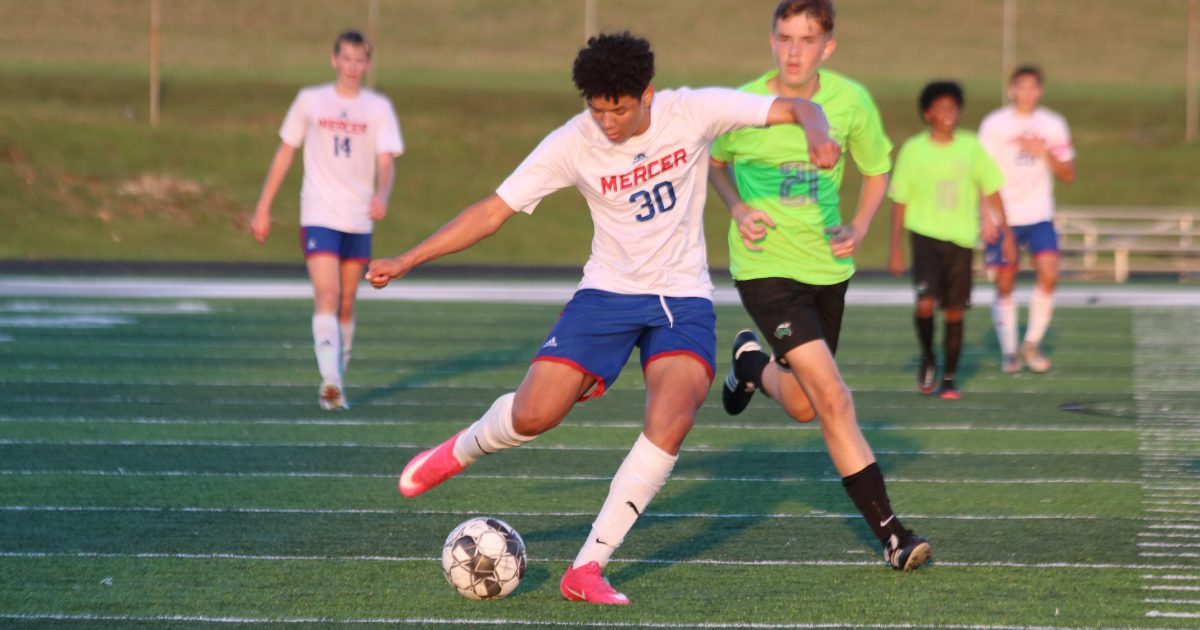 The Harrodsburg Herald/Wesley Bird
Junior Forte Bess charged the net in the Titans’ 3-0 win over the Western Hills Wolverines on Thursday, Aug. 19.

The Mercer County Titans boys Soccer (3-2-1) team defeated the Western Hills Wolverines (2-2) with a final score of 3-0 this past Thursday, Aug. 19.

The Titans first challenge of the game came well before the opening whistle. Due to Covid protocols, injuries and a red card, the Titans were down to 12 available varsity players. With quite a few holes in the starting lineup Coach Jeremy Carlson called on junior Luke Whitenack and sophomore Liam Potts to round out his 11 players.

Even with a mismatched lineup and players thrown into unfamiliar positions, the Titans did what they do best and that is play hard physical defense. Mercer’s goalkeeper Jase Coconaugher was tested early with a high shot, but strong hands kept the Wolverines shot out (5′). Coconaugher shined again with another stop from a free kick just outside the box (8′).

Captains Beau Brown and James Johnston made their presence known throughout the evening and were pivotal for the Titan’s success on the defensive end.

Midfielder Gavin Wilson made it happen on the other end of the field, testing Western Hill’s keeper TJ Walker with two deep shots (28′,29′). The third time was indeed the charm as Wilson scored with a top corner shot from just outside the box, assisted by Kyler Sallee’s throw in.

Mercer’s tough defense was on full display with big stops before halftime from Johnston denying a goal in the box (35′) and Coconaugher making another save from a free kick (37′). Mercer’s physical defense also got them in trouble with three yellow cards in the game along with multiple fouls. With only 12 available players the Titans couldn’t afford to lose anyone else. Cramping was also a factor throughout the game forcing unusual substitute rotations. This was the Titan’s third game in five days, so fatigue was a factor.