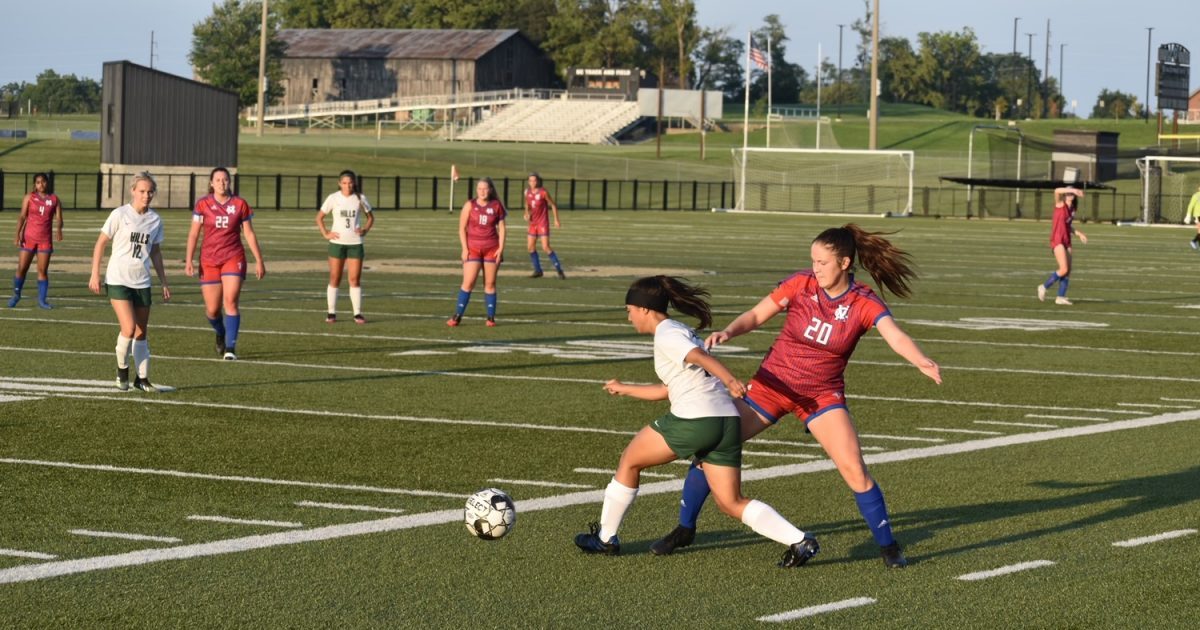 Photo Submitted
The Lady Titans soccer team fell to Western Hills 7-0 Monday. They’ll get a chance at revenge when they host the Lady Wolverines at home on Saturday. The game starts at 9:30 a.m.

The Lady Titans took on the Western Hills Lady Wolverines in the first game of the Girls Soccer 2A sectional tournament at Boyle County Monday night, Aug. 23.

The Lady Titans came out strong and kept great control of the ball on their end of the field.  Senior Marlie Charles, freshman Laykin Irvin and Senior Maddie Angel worked well together up front and kept the Wolverine defense busy.

Charles had a couple strong shots on goal, but was unable to get one past goalkeeper Elizabeth Judy. Not only did Charles have a couple shots, but Irvin took the ball to the goal in the first 10 minutes of the game, but was also unable to score.  The Lady Wolverine midfield realized quickly they were going to have to move the ball and midfielders Maggie Richardson and Lauren Murray got to work. After 12 minutes of play, Western Hills had moved the ball down the field quickly and turned the game around with two quick goals by Kennedy Carter and Ella Davis.

The Western Hills offense was just too much for the Mercer defense and three more quick goals were scored by the Wolverines.  With 10 minutes left in the first half, the Lady Wolverines were up 5-0.