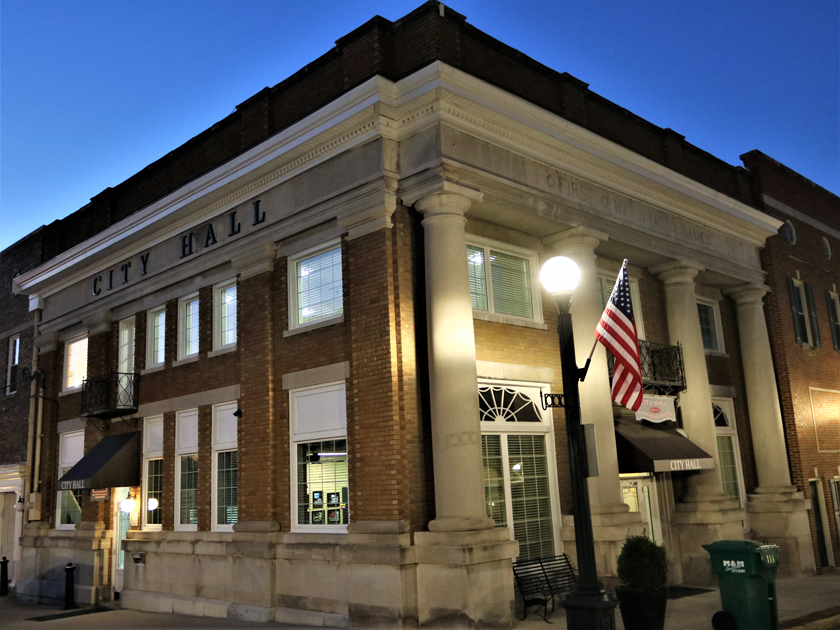 The issue of neglected properties came before the Harrodsburg City Commission again on Monday night, with a local property owner asking for some kind of relief for the city to do something about a property she said looked like a “junk yard.”

It’s not the first time the city commission has fielded complaints about the property, which is on Tabler Avenue and is currently unoccupied. Back in May, the property’s owner, Michael Vah, complained about how the city had handled the house where he formerly lived. City officials said Vah’s property had been condemned for a variety of issues, including lack of electricity, sewer and water.

At that meeting, Vah was pressed to transfer ownership of the property to the city. Vah said he wanted something for the property, but declined to give a price.

One of Vah’s neighbors appeared Monday night to complain about the property.

“This has been an ongoing problem,” Jane Adder said Monday night. Adder said Vah’s property was unlivable. She said it looks like a “junk yard.”

Adder said she had invested thousands of dollars into her home.

“It’s going to bring down the value of other houses in the neighborhood,” she said.

Mayor Billy Whitenack said a notice of violation had been posted on the property. The mayor said Vah is in hospital. He has seven days to comply, Whitenack said.

“I don’t think he will,” Adder said. She said when Vah was still living at the property, he allowed people she called drug addicts to stay there, including one person who repeatedly exposed himself to her and other neighbors, she said.

“I have a 15 year old granddaughter living with me,” Adder said. “It’s just a terrible situation, it really is.”

“We have a legal process we have to go through to tear the house down,” Whitenack said.

He said they would forward Adder notices of violation. At the same meeting in May when Vah appeared, the commissioners enacted an ordinance clarifying how the city goes about razing properties considered to be abandoned or neglected.

Since being elected to the city commission, Whitenack has criticized the way the city handles neglected properties. He has questioned why the city has been inconsistent in enforcing deadlines for code enforcement violations and why the city was not using certified mail to notify property owners or serving warrants.

“It’s a touchy situation when you’re going on someone’s property and trying to take their house down,” Whitenack said.

The mayor said if Vah doesn’t comply with the notice, the city will take further legal action.

Neither Whitenack nor the new City Attorney, Norrie Currens, would spell out what actions the city would take.
Currens, who is in her second week on the job, said she is currently reviewing processes. She said she wanted to review the case before commenting.

“I’d like to look at what’s gone on up to this point,” Currens said. She provided Adder with her card. Currens and Mayor Whitenack said they would keep Adder informed about any further developments.

Readers are advised that the meeting time has been changed. The next meeting of the Harrodsburg City Commission will be Monday, Sept. 13, at noon.