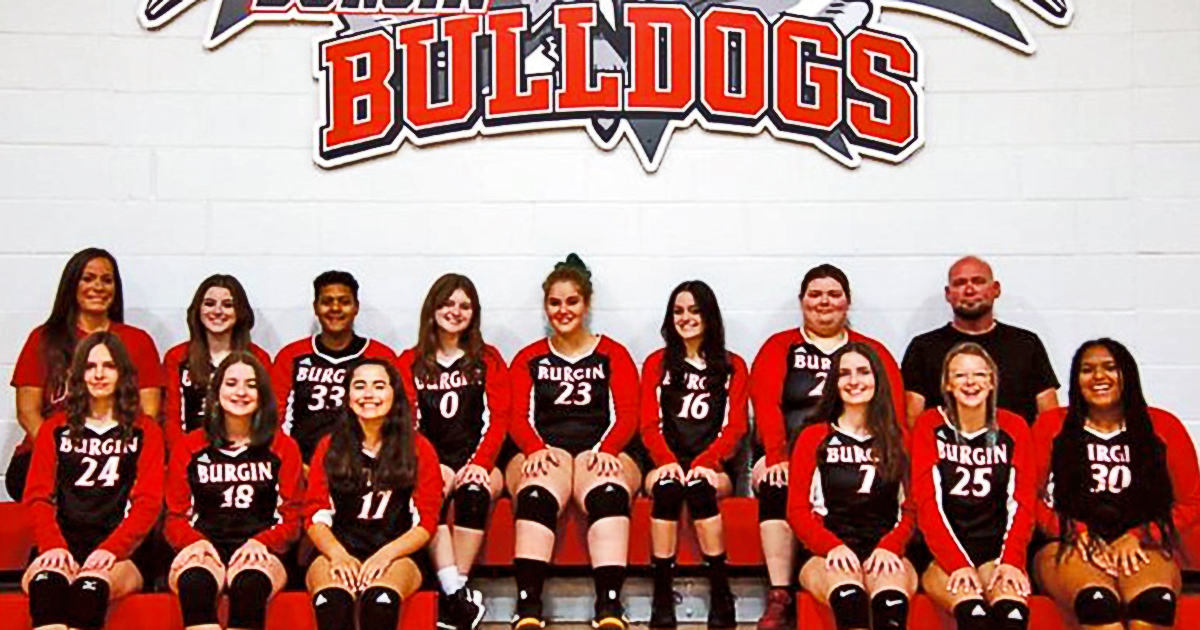 Burgin volleyball’s 2021 season began this week when they faced Danville Christian Academy on Tuesday, Aug. 17. The Bulldogs went 3-7 last season and were meant to have a six-player senior class this fall according to Coach Rick Stewart, but Brynn Simpson, Miracle Spencer, Brittany Yates and Jenna Cocoran have all left the program ahead of their senior season.

According to Stewart, who is entering his fourth season as coach of the Bulldog’s volleyball team, Kaylee McCray will be working to fill the void of the four other seniors who were expected to be playing in 2021.

The Bulldogs will be turning to younger players to jump in and make plays this season.

“We have a lot of young ones coming up that are fitting in great. Losing both of our setters last year is a tough job to fill, but between Kaylee McCray, Ava Todd and Kacey McCray, we are well on the way,” said Stewart, who also added that Todd is a great leader on the court and can hold her teammates accountable while also lifting them up.

“New student Kristin Farley, is also a great pick up for our team this year. She is a great addition to our squad.” said Sewart.