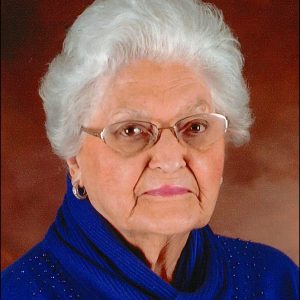 Wilma Wooldridge Hazelwood, 93, of Salvisa, widow of Carl Warren Hazelwood, died Sunday, Aug. 1, 2021, at her home, surrounded by her family.

Born July 23, 1928, in Mercer County, she was the daughter of the late Dorothy Mae Davenport and Roscoe Wooldridge.

She was a devoted wife, mother, grandmother, gardener, yard sale enthusiast, homemaker, Christian and member of the Kirkwood Baptist Church.

She was preceded in death by one son, Douglas Ray (Lori) Hazelwood.