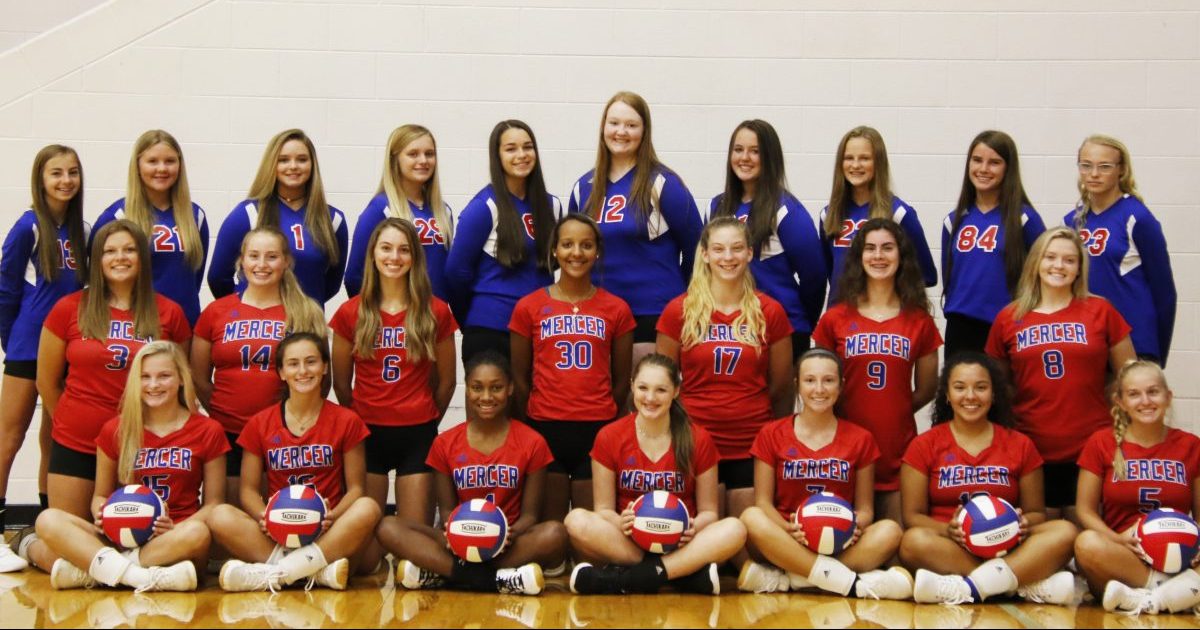 The Harrodsburg Herald/Samuel Warren
Varsity and junior varsity are wearing red jerseys while freshman and eighth grade class are wearing blue. The Mercer County Titans volleyball team has high hopes for the new season, which start on Monday, Aug. 16.

In 2020, the Titans fell to a 6-12 record due to a three game losing streak in the middle of the season. After returning from a mid-season quarantine the Titans lost their next three match-ups.

In post season play, the Titans defeated East Jessamine before falling 3-0 to West Jessamine in the 46th District final. After taking down Danville 3-1 in the opening round of the Region 12 tournament Mercer’s season ended against Southwestern in the second round, falling in three straight sets (25-20, 25-11, 25-14).

“The biggest difference between last year and this year is experience,” said Lynn Flach, who is entering her sixth consecutive season as coach of Titan volleyball. The Titans 2020 roster included just two seniors, and was loaded with inexperience according to Flach. Now those players have a season of experience, the team should be more prepared to perform consistently against a tough Region 12 schedule.

“Last year I had to play a lot of underclassmen due to only having two seniors. This year, I have more experienced players who have already spent a year playing together. We are not having to work through little things because we did that last year,” said Flach.

The Titans quarterback on the court this season is none other than Six. The standout setter tallied 243 assists, 108 kills and 118 digs in 18 games last season. Since the eighth grade, Six has been playing club volleyball in the off season to build her skills and play against some stronger opposition. She believes her extra work in a faster paced environment will help her lead the Titans on the court this season.

“Moving into my senior season, I hope to bring that fast-paced game to Mercer; my teammates are amazing and I know we can execute. I believe a faster offense, energy on the court, focus on our passing, and execution will all lead us to succeed this fall,” said Six.