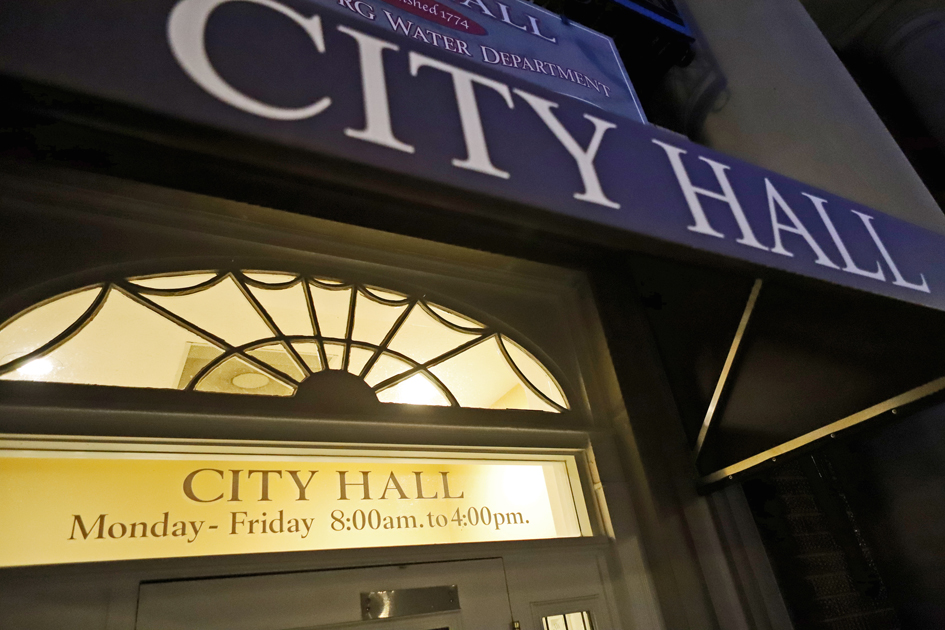 Harrodsburg Ordinance Officer Erich Ruehs has been placed on probation.

At a special-called meeting last week, the city commission voted to suspend Ruehs, who has worked for the city since 2012, pending an investigation by Allen.

On Monday night, Mayor Billy Whitenack moved to return Ruehs to work under a 90 day probationary period. The mayor was also authorized to draft the probationary terms. The motion passed unanimously in a role call vote. Ruehs has to agree to the terms.

After the regular meeting ended, Mayor Whitenack declined to give a reason for the moves until the city and reached an agreement with Ruehs. Whitenack said it was based on internal complaints.

How Ruehs and the city handle ordinance enforcement—in particular, neglected properties—came into question earlier this year.

In May, Donna Hawkins complained to the city commission about a property she owns on Goddard Street, which was vacant at that time. Hawkins said employees from the city street department have gone onto her property, which is posted no trespassing, removing a fence and digging up trees, which they left piled against building and causing damage. She said she had not received any notifications from the city, even though she had left a forwarding address.

At that meeting, Ruehs said he had been sending Hawkins letters since 2016 and the city has placed liens against the property. He said it was one of the top three properties in Harrodsburg for the number of complaints and produced letters of complaint from nearby homeowners.

“It’s been one of the most horrific code violations in the city’s history,” Ruehs said.

He said he had mailed her on April 1 and May 6.

However Whitenack said Hawkins had not been given enough time to respond to the city’s letter.

“There’s no way she had seven days to cut it,” said Whitenack, who has previously criticized the way the city handles neglected properties. When Ruehs said the city had mailed Hawkins in April as well, Whitenack asked why they had taken over a month to mow the property.

“If you sent a letter, why are we only cutting it in May?” Whitenack asked.

Whitenack also questioned why the city was not using certified mail to notify property owners. Even though Ruehs could produce copies of letters he’d written, there was no proof Hawkins had actually received any of them. Ruehs said he had not sent certified mail because of the costs involved.

Whitenack, the former chief of the Harrodsburg Police Department, said the city had not allowed Hawkins the allotted time to cut her yard. Whitenack and Commissioner Ruth Ann Bryant, a former dispatcher with the communications department, both said the letters have to be sent certified mail or served like warrants.

On Monday night, the commission also gave second reading to ordinance 2021-13, which changes the commission meeting time from 6 p.m. to noon. The ordinance, which passed unanimously without comment, goes into effect Sept. 1.