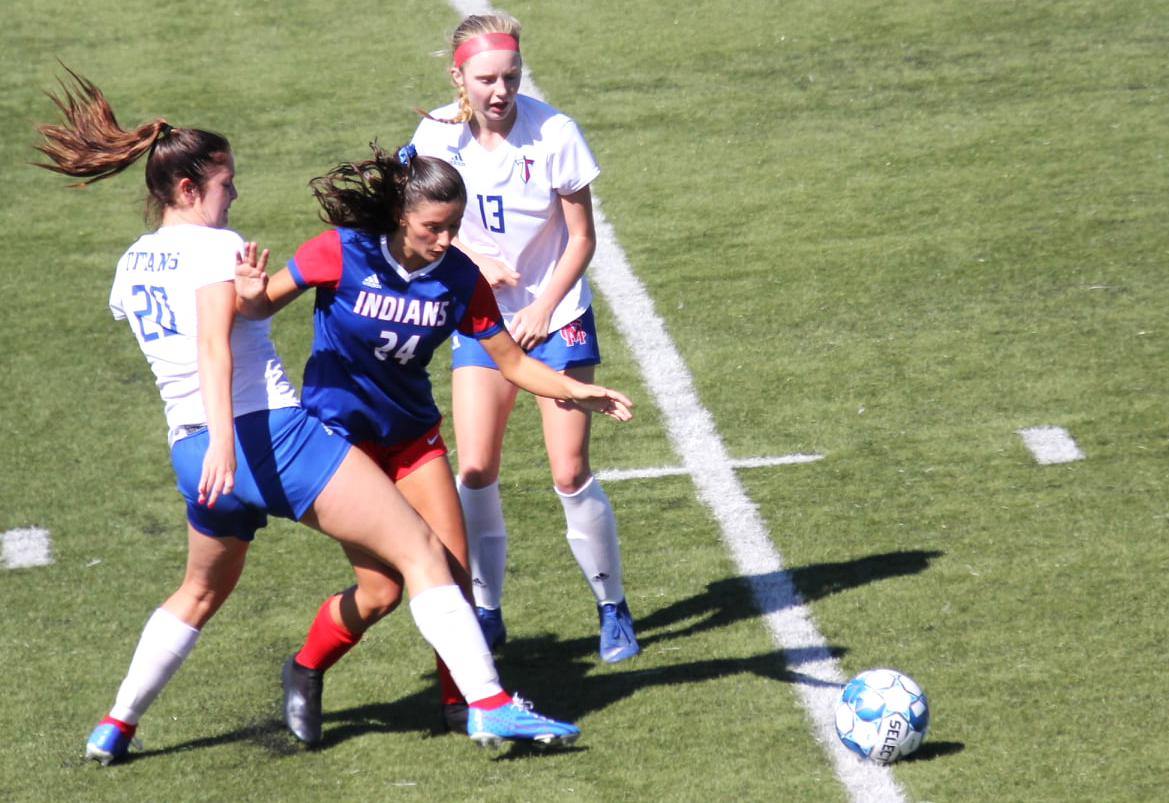 Herald Staff
sports@harrodsburgherald.com
The Lady Titans soccer team was a force in 2020, winning their opening six games by a combined score of 33-7. That run was followed by the team’s first loss, coming to Bardstown. Mercer went on to win four more games including a 5-0 win over Pulaski County and a 4-0 win over Boyle in the first two rounds of the Region 12 tournament. Despite defeating the Lady Colts of West Jessamine 2-1 in the season’s opener, the Lady Titans couldn’t out battle West in the team’s following two matchups, falling 2-1 in the 46th district championship game, and again in the Region 12 final, 1-0.
In mid September, Head Coach Joshua Culver suffered serious injuries in a car accident on his way to meet the team bus before an away game against Montgomery County. In spite of the severity of the accident and some long suffering injuries, there was never a doubt in Culver’s mind that he would be leading the Lady Titans in the Fall of 2021. After eight months of physical therapy and a lot of hard work, Culver is happy normalcy is returning.

“None of it has been easy. It is hard work, but it’s what has to be done to get back out there with my team, coaches, parents, students, administrators and my family. I’m thankful God gave me a second opportunity to be here with my family, players, and students,” said Culver. “I’m so grateful to be here with them to see another season with another group of great young ladies.”

“This season we are bringing in a lot of new players to our varsity lineup, so one of the major goals is to work cohesively as a unit. We are following up a great 2020 season and we are working to find the chemistry with a different offensive lineup for this year,” said Kiernan.

For the rest of the story, check out this week’s issue of the Harrodsburg Herald online or on the newsstand.