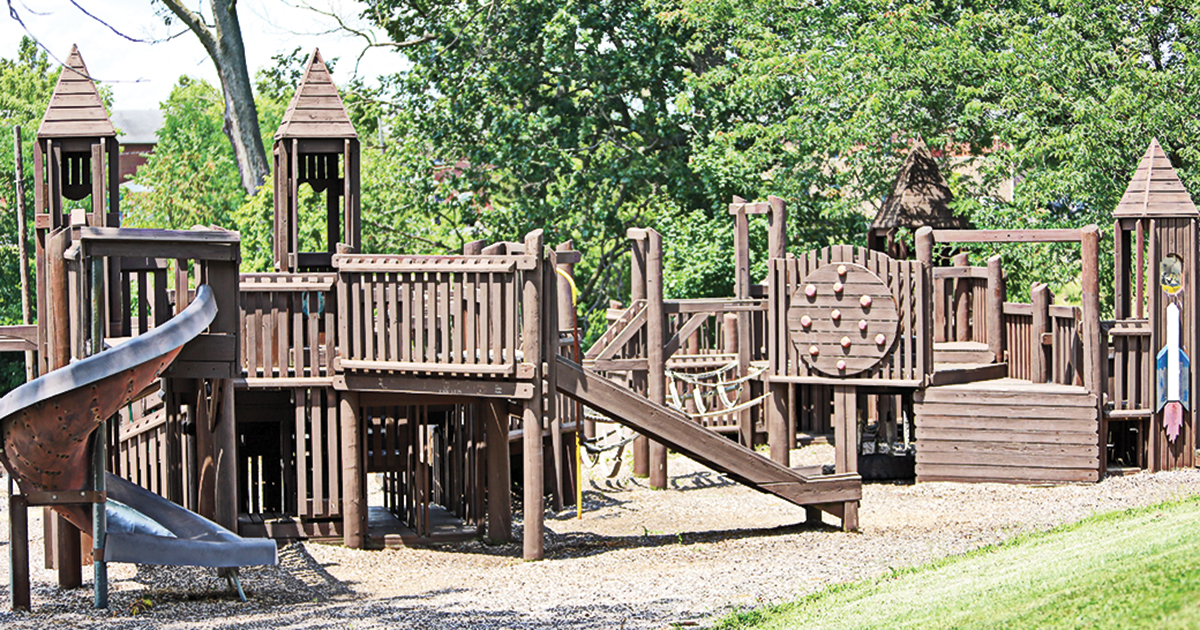 The playground at Young’s Park will be demolished as soon as possible.

At a special-called meeting on Tuesday, the Harrodsburg City Commission voted unanimously to tear down the playground equipment by the end of the week. This only applies to the equipment such as the tire swings, monkey bars and sliding boards, not to the shelter and picnic area.  City workers will dismantle and dispose of the equipment.

City hall employees will inform customers with small children who have rented the park they can get a refund.

Officials say they have received complaints about the playground equipment being in bad shape in the past. After a safety inspection last week, the inspectors recommended the city take the equipment down, according to Commissioner Adam Johnson. Johnson said everything needs to go.

“I would prefer that it be done this week,” Johnson said.

He moved to tear down the equipment, with a second from Commissioner Jennifer Kazimer. The motion passed unanimously.

The commissioners also tabled a motion to put Lions Park up for sale until they get an attorney’s opinion.

Commissioner Marvin “Bubby” Isham said the commission has discussed getting rid of Lions Park, either by selling or possibly by trading it for another property, for at least the last four years.

Isham said the city spends up to $50,000 a year on the park, in maintenance and security.

“We’re losing money on it every year,” Isham said.

“Before we list it for sale, we need to have some research done,” said Mayor Whitenack, who said he wanted a  title search and appraisal done before the commission made a move.

“I think that should be our first step,” said Whitenack. “It’s not our building, it’s the taxpayers’ building.”

The commissioners opted to wait until they had received legal advice. Applications for the new city attorney ends Friday.

For the rest of the story, check out this week’s issue of the Harrodsburg Herald online or on the newsstand.