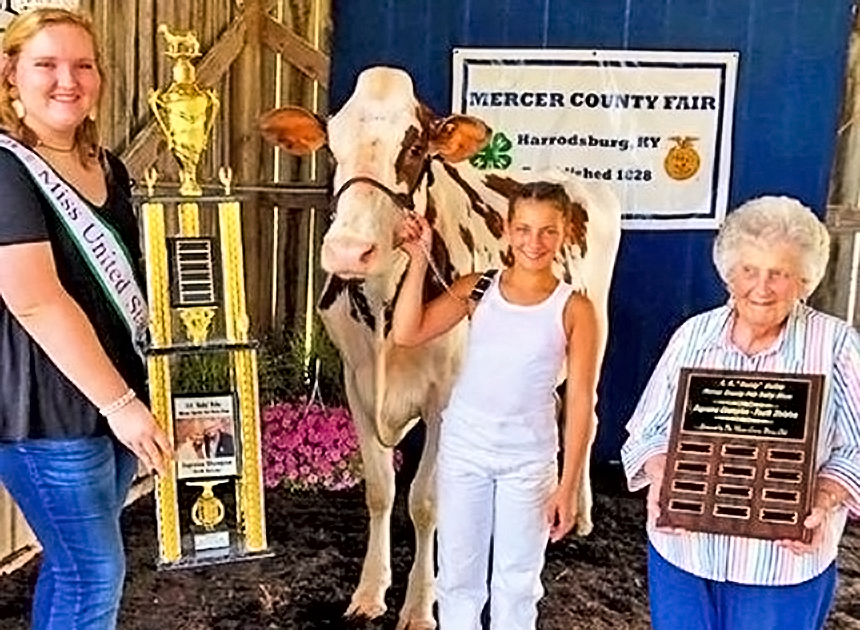 The Whitaker Bank Mercer County Fair and Horse Show kicked off with livestock events on Saturday, July 24, with 92 entries in the dairy show.

The Mercer County Dairy Club established a new award in memory of C.H. “Buddy” McRay. This will be presented annually to the Mercer County youth with the supreme female at the fair’s dairy show. The winner’s name will be placed on the trophy along with a plaque displayed at McRay Feed.

Prior to the show, Dairy Club President Bobby Elliott expressed appreciation to the entire McRay family for their longstanding support of the dairy show. Past President Larry Yeager read a memorial poem in honor of Buddy McRay. Members of the family were then presented with a copy of the poem. Lizzy Turner was the inaugural winner of the award.

For the rest of the results of the dairy show, check out this week’s issue of the Harrodsburg Herald.