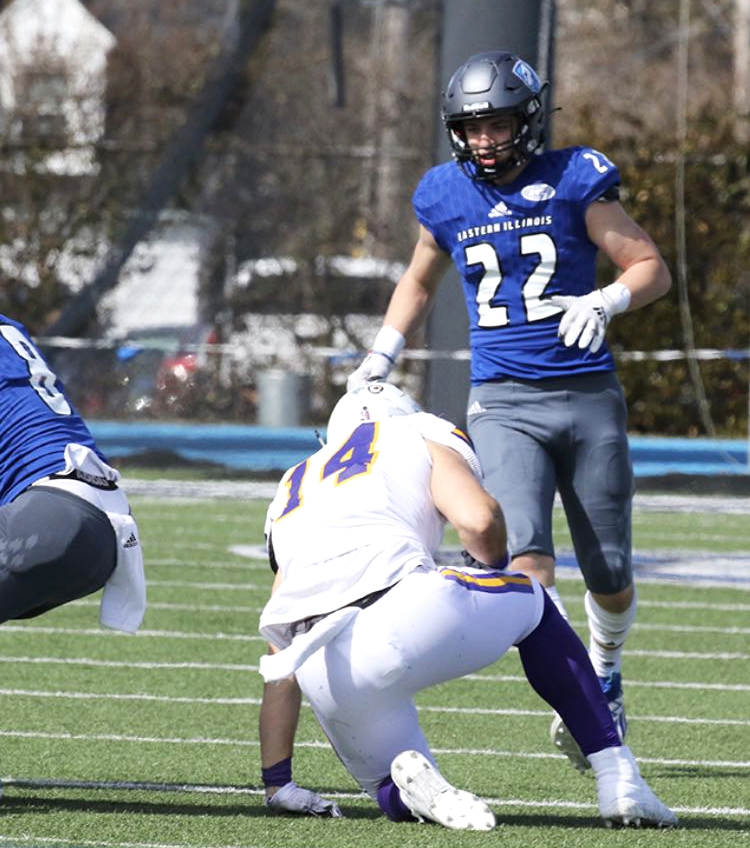 Kaelin Drakeford was a standout athlete in football and basketball while at Mercer County Senior High. Drakeford tallied 1,102 points on the court and 151 tackles, 2,859 total yards, 23 total touchdowns and nine interceptions over four years. He was an all around playmaker on the field for the Titans, playing wideout and cornerback in his freshman and sophomore seasons, before taking over at quarterback during his junior season. Drakeford led the Titans’ offense in his final two seasons, totaling 1,393 yards and nine touchdowns as a junior. In his final season, Drakeford filled in at the safety spot left open by former Titan Trevon Faulkner. His leadership and effort on both sides of the ball helped the Titans to an 8-2 regular season record before falling to Christian Academy of Louisville in the opening round of the KHSAA 3A state football championships.

Drakeford’s 67 tackles and four interceptions during his senior year caught the attention of some college coaches and in February of 2020 Drakeford committed to Eastern Illinois University, a division one football school in Charleston, Illinois.

“The college locker room and campus was an easy transition for me. All of  my teammates were very welcoming and I’ve made some great friends,” said Drakeford.

He fit right into the locker room and the coaches soon discovered just what he could add to the team on the field. Drakeford had an astounding influence on the Panthers defense despite just being a freshman. He had an immediate impact, forcing a fumble and making six tackles in the Panthers opening game against Southeast Missouri. His first sack came three weeks later in a 28-20 win over Tennessee Tech, and a week later tackling eight runners in a 41-27 loss to Murray State.

Drakeford was not expecting to immediately step into the team, but he was sure that he could, if given the opportunity.

“I definitely did not expect to start coming in. I trained and practiced like I was at the bottom. I always believed I could, but I think I surprised a lot of people for sure,” said Drakeford.

CAL and DeSales are tough opponents, but it does not compare to Division I football programs in the Ohio Valley Conference. Drakeford says adapting to the speed of play in college is the biggest change from high school.

“The speed of the game was the biggest adjustment for me – being able to make checks on the fly and execute my assignments in a split second – I had to really focus on my body and make sure it was in the best shape it could be,” said Drakeford, who had an extra long offseason to prepare for the Panthers six-game Spring season. “I spent the whole summer before the season just trying to get faster and working on my mobility. During the season I was constantly stretching and eating the right foods. I knew I would have disadvantages as a freshman, but I didn’t want any of them to be things I could control with my body.”