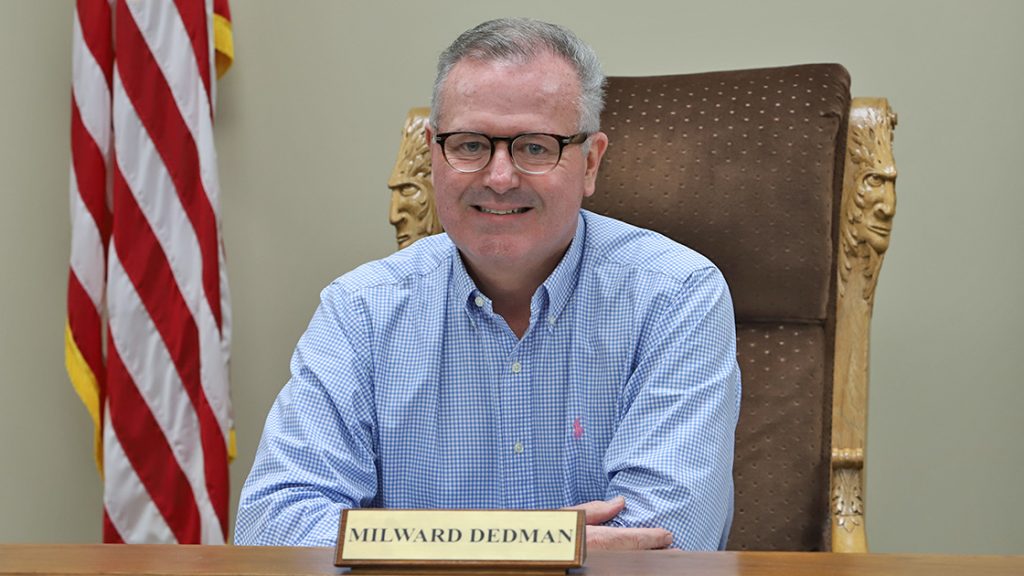 The Harrodsburg Herald/Robert Moore
Mercer County Judge-Executive Milward Dedman announced he will not run for reelection when his term ends.

Mercer County Judge-Executive Milward Dedman announced he will not be running for reelection.

At Tuesday’s meeting of the Mercer County Fiscal Court, Dedman said he will not seek a fourth term.

“I appreciate the citizens of Mercer County giving me the opportunity,” said Dedman, who said he has been running for office since 2004.

Dedman has about a year and a half left on his term. He said it was time to hand the judge’s office over to someone with new ideas.

After the meeting, Dedman said he wanted to be able to spend more time with his family and travel with his wife.

Dedman has served as judge-executive since 2009. Before that, he served in the Kentucky House of Representative from 2004-2008.

Dedman has steered the community through some of the some of the toughest challenges Mercer has faced in recent history, including the COVID-19 pandemic as well as controversies over jail and 911 expenses. Through it all, Dedman has kept the county on a sound fiscal footing.

In 2019, Dedman told the Harrodsburg Herald that Mercer County is “a fantastic community.”

“Mercer County has so much to offer but at times, residents take for granted what a wonderful community we work and live in,” Dedman said.