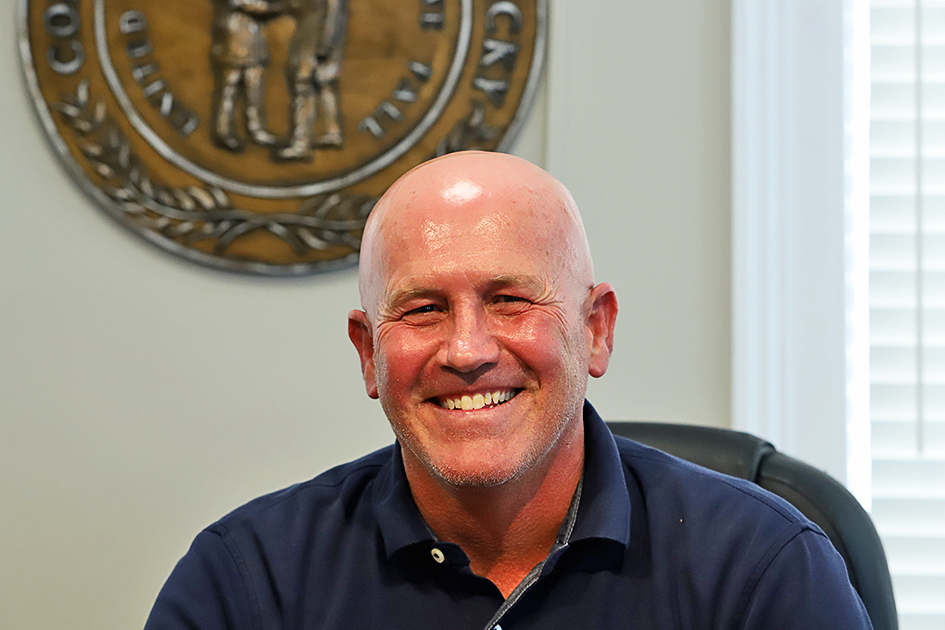 The Harrodsburg Herald/Robert Moore
Harrodsburg Commissioner Billy Whitenack has been appointed to serve out the rest of former Mayor Art Freeman’s term. Whitenack, who was elected to the commission last year, has served as mayor pro tem since assuming office, filling in for Freeman at commission meetings. Freeman resigned last month because of health issues.

Billy Whitenack is the new mayor of Harrodsburg. The Harrodsburg City Commission voted unanimously to make him mayor at their regular meeting on Monday, July 12.

Whitenack has been serving as mayor pro tem since taking a seat on the Harrodsburg City Commission in January. As mayor pro tem, Whitenack chaired city commission meetings when former Mayor Art Freeman was unavailable. Freeman resigned last month because he is undergoing treatment for leukemia.

“I’m happy to be your mayor,” Whitenack said.

Whitenack is the former chief of the Harrodsburg Police Department. He retired in 2017 after serving 20 years as a police officer.

Starting his career in law enforcement with the Anderson County Sheriff’s Office, he joined the HPD in 2008 as a patrol officer and was named chief in 2012.

• Discussed pickup zones. Whitenack said a local business owner reached out about curbside to go service. Parking will be limited to 15 minutes from 11 a.m. to 6 p.m.

Several other local businesses were granted pick up zones over the last year due to the increase of carry-out and delivery at local restaurants due to the COVID-19 pandemic.

Commissioner Isham said some business owners have taken advantage of the parking spots to park in front of their own businesses.

“If we’re going to do it, we have to control it,” Isham said.

Most of the carry-out parking signs don’t have time limits. Harrodsburg Police Chief Brian Allen said no businesses have complained about people parking in the spots so far.

Whitenack argued that they’d already installed the signs for other business owners, and it wouldn’t be fair to stop now. He asked Taylor for legal advice.

“You’ve made the decision to do it, now you got to ride it out,” Taylor said.

The motion passed unanimously. The city street department will install the signs.

• Set new water and sewer rates. The commission gave second reading to ordinance 2021-09, which raise water rates 1.4 percent based on the consumer price index. City officials say the minimum water bill will increase by 16 cents, from $12.11 to $12.27 for 250 cubic feet of water per month.

The commission also gave second reading to ordinance 2021-10, which will raise sewer rates 1.4 percent. City officials say the minimum bill will go from $14.61 to $14.81 for 250 cubic feet. The new water and sewer rates went into effect on July 1, the beginning of the 2021-2022 fiscal year.
Both ordinances passes unanimously.

• Approved closing Main Street for the Almost Fall Fest on Saturday, Aug. 28. Traffic will be closed from Poplar Street to East Office Street from 11 a.m. to 11 p.m.

• Appointed Mike Rogers to the Anderson-Dean Community Park board of directors.

The next meeting of the Harrodsburg City Commission will be on Monday, July 26, at 6 p.m.