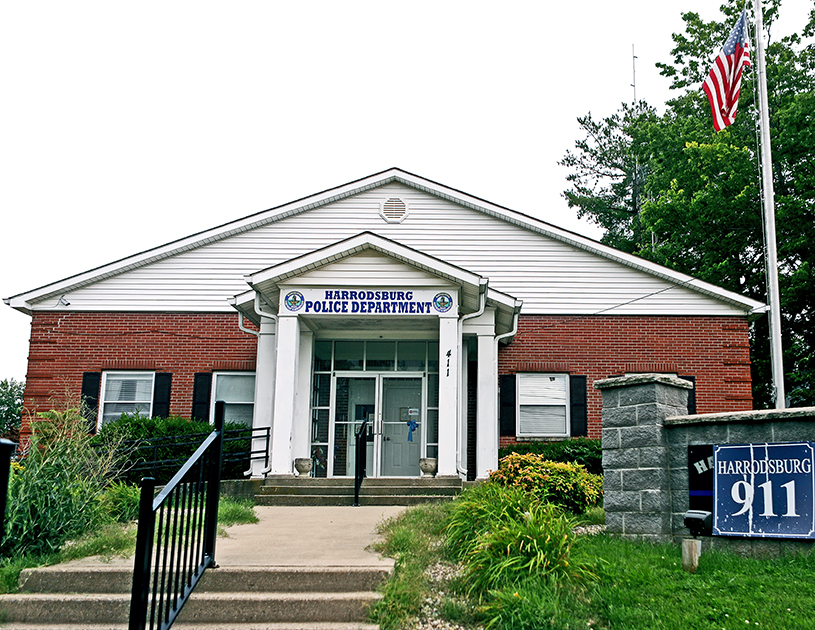 The Harrodsburg Herald/Robert Moore
The Harrodsburg City Commission voted 3-1 to abolish the 911 communications department at a special-called meeting on Wednesday. The Mercer County Fiscal Court will vote on Thursday, July 8, at 11:30 a.m.

The Harrodsburg City Commission voted to consolidate 911 services with Bluegrass 911 at a special-called meeting on Wednesday, July 7.

In a 3-1 vote, the commission voted to abolish the telecommunications department once they were accepted by Bluegrass 911, which is located in Garrard County. All assets not including real property and liabilities will be transferred to Bluegrass 911. Commissioner Ruth Ann Bryant, who served as a dispatcher for over 35 years, voted against it.

“I’m against it,” Bryant said. “I think it’s a bad move, not just for the city but for the whole of Mercer County.”

The expenses of running the department are split between the city and the county. The Mercer County Fiscal Court will vote on the proposal at a special-called meeting on Thursday, July 8, at 11:30 a.m. If the fiscal court also votes to dissolve the communications department, Commissioner Adam Johnson, who oversees the police, fire and communications department, said it would take 48 hours for the consolidation to be approved by Bluegrass 911.

Staffing is not the only issue. Since 1967, 911 call services across the country have been paid for largely through fees collected on traditional land line phones. However, over the last few decades, the number of land lines have decreased drastically.

According to a report compiled by the National Association of Counties, in 2015, 80 percent of 911 calls were made on cell phones, while cell phone users only paid 20–25 percent of total 911 fees.

In Mercer County, cell phone owners pay 80 cents a month for 911 service, while land line users pay up to $4 a month. According to the report, those with prepaid phone plans—which makes up the fastest growing segment of the cell phone market—pay no 911 fees at all.

Land line fees go directly to the counties to support 911 call services, but the Commonwealth of Kentucky only passes along 70 percent of the fees collected on cell phones back to the counties, according to the National Association of Counties.

Bryant said they could have raised the surcharge to cover the shortfall from landline fees. She said she worked to raise it before she retired, but there was no interest at the time.

In 2019, the city commission approved creating a $40 parcel fee on individual lots of land to pay for 911 services, but it died for lack of a motion at a special-called meeting of the fiscal court.

Harrodsburg Police Chief Brian Allen said he agreed something should have been done earlier to save the communications department.

“None of us were here when it should have been addressed,” Allen said.

He referred to the ongoing staffing issues and the costs of running the department, which include hardware and software.

“We’re at the point where it’s financially too burdensome,” Allen said, “How many hundreds of thousands of dollars would it cost us to get that center up to grade?”

Allen said he was initially dubious, but he had been convinced when he and other first responders met with officials at Bluegrass 911.

“We threw some tough questions at them,” Allen said.

One issue was trying to find the numerous locations in Mercer County where everybody knows the name but don’t actually exist on the map. Allen said the system used by Bluegrass 911 assigns an address to every location named by first responders. If a caller asks for an ambulance to be sent to Hop’s Diner for example, the Bluegrass 911 system would be able to dispatch first responders to the right location, Allen said. He said Bluegrass 911’s system was compatible with the one currently used in Mercer County.

“After going and seeing how it would work…I’m very comfortable with it,” Allen said.

With the exception of McKenney, a full-time dispatcher at Nicholasville, Bryant voted against the hires, citing the candidates’ previous work experience. She said one of the candidates had worked for the city three times.

“We don’t have nobody else who wants to do it,” Commissioner Isham said.

The commission voted to give the Mercer County Fiscal Court the authority to sign over all future incoming E911 funds to Bluegrass 911 and—at Bryant’s suggestion—voted to transfer equipment from the communications department to the county emergency operations center provided the grants that paid for the equipment do not prohibit it.

This motion passed with only Bryant voting no.

“I just don’t think it’s good for the city or the county, ” Bryant said after the meeting was over. “We’re taking our money here to another county, what are we going to take next?”

Bluegrass 911 Central Communication Center was formed by the Garrard and Lincoln County Fiscal Courts in 2017. According to city officials, dispatchers currently working in Harrodsburg will be transferred to Lancaster, where they will handle calls from Mercer County. The dispatchers will make more money with Bluegrass 911 than they would with Harrodsburg, they said.

Bryant was dubious. She wondered what would happen if a local dispatcher was unable to work and dispatchers from another county had to take over. Even with the software Bluegrass 911 uses, she worried help might get sent to the wrong place.

“Eventually, something will get dispatched the wrong way,” Bryant said.

Another issue was the lack of accountability. It bothered Bryant that officials had been meeting with Bluegrass 911 and other entities and not informing the public. When Bryant was still a dispatcher, she said it was not uncommon for people to drop by the office if they wanted to speak with a dispatcher.

“It’s just not available to the public the way it ought to be,” Bryant said. “I think it’s a bad move.”

In other business, the city commission voted to hire Curtis Graham, Austin Baker, Austin Lamb and Colby Moore to the street department at $12 an hour. The four employees will start on July 19 pending background check and drug screens.

The Harrodsburg City Commission will next meet on Monday, July 12, at 6 p.m.