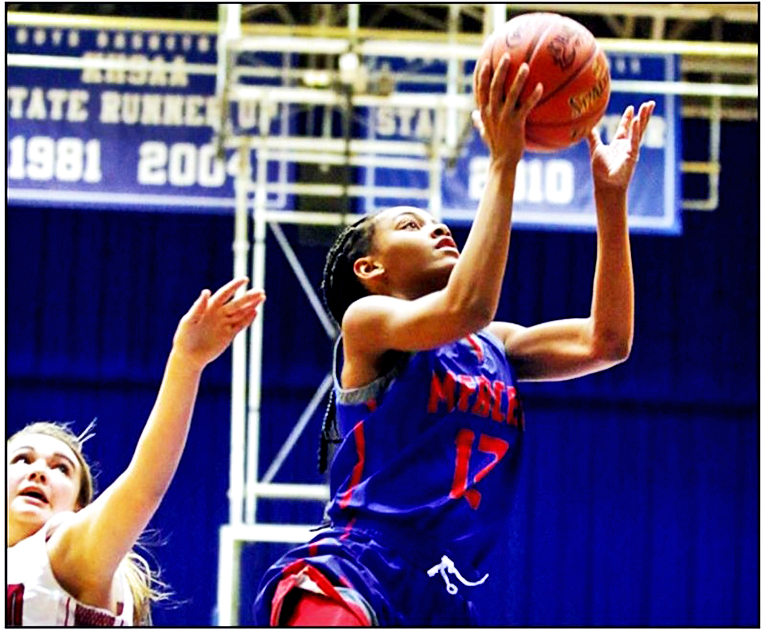 The Harrodsburg Herald/Arpan Dixit
Junior Timberlynn Yeast has dominated the court for the Lady Titans. In four years playing varsity, Yeast has played in 104 games, scoring 1,456 point and grabbing 735 rebounds. Finishing the 2020-21 season averaging 20 points and 11 rebounds per game, Yeast is getting interest from Division I schools.

Junior guard Timberlynn Yeast of the Mercer County Titans has been making noise in the offseason and has gathered the attention of more than a few college basketball teams, receiving offers from Northern Kentucky University, Akron, Marshall and Belmont.

While several schools have already communicated interest in Yeast with offers, the University of Kentucky has been surprisingly quiet despite expressed interest in Yeast a few years ago during her eighth grade season by former coach Matthew Mitchell and his staff. During her eighth-grade season, Yeast averaged 14.5 points per game and 7.4 rebounds.

While Yeast has not received a formal offer from Kentucky as of yet, she is very open to any school and has communicated interest in building relationships with schools and their coaching staffs.

“I think I can go as high as I want. The potential is there I’ve just got to keep working. Right now, I’m pretty open to any school. Just building relationships and getting to know more about every school that is in contact with me,” Yeast said.

Over the course of the summer, Yeast has been actively pursuing any opportunities to improve her game, which is why she decided to play with the West Virginia Thunder girls team. Yeast has been expanding both her knowledge of the game and improving on fundamental skills.

“Playing this summer with the West Virginia Thunder has taught me so much more. Right now, I’m just focused on making the three and becoming more confident,” Yeast said.

Yeast has already proven herself as a formidable offensive weapon, leading the Lady Titans in scoring in both her freshman and sophomore season, breaking the 1,000-point milestone while still a freshman during the 2019-20 season.

As a freshman, Yeast was a powerhouse, leading Mercer County in scoring with an average of 17.3 points, as well as 8.2 rebounds per game. Yeast would score a grand total of 537 points as a freshman and had a huge impact on the Lady Titan’s 22-9 season record.