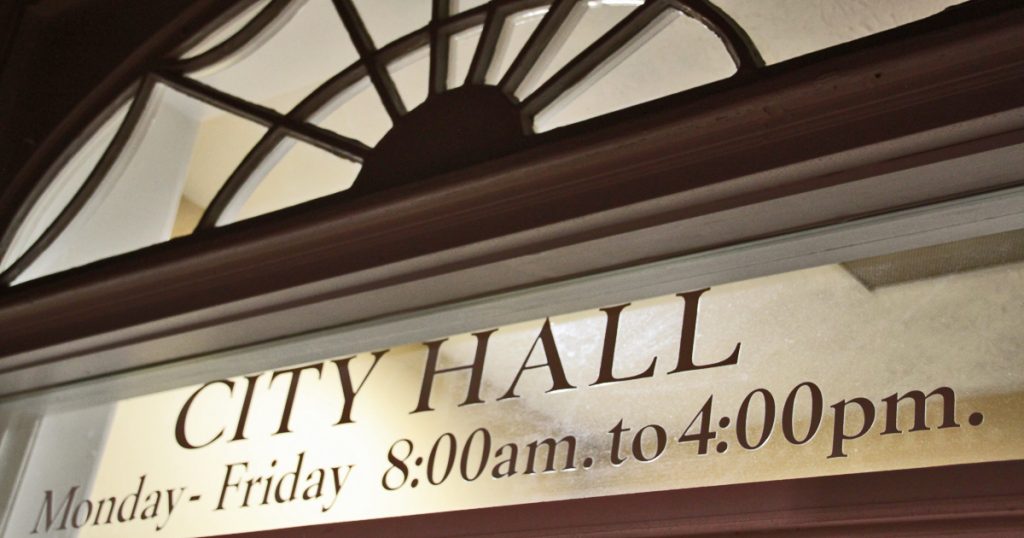 At Mayor Art Freman’s last meeting, he got to say goodbye to Andy Miner, better known as “Handy Andy.”

On Monday night, Miner said he is leaving Harrodsburg after four years.

Miner’s time in Harrodsburg has been controversial, especially after he installed surveillance cameras on his property on Broadway Street and began distributing pictures of people he accused of being drug dealers. Miner handed the pictures out to officials at public meetings and posted them online.

Miner owns several properties on Broadway, which he says he is in the process of renovating. Neighbors have come before the city commission on at least two occasions and accused him of trespassing onto properties he does not own. Miner was arrested and charged with intentionally dropping screws under the tires of two vehicles on May 14. Miner, who was identified from surveillance footage obtained from nearby utility poles, says he has been the victim of a conspiracy.

On Monday night, Miner reiterated complaints about his neighbors on Broadway, including naming people.

“Try not to insult any more people than you have to,” said Mayor Freeman, who warned Miner to be careful abpit what he said in a public meeting. Miner said he is being taken to court because of statements made in public and online.

Miner said the “I Love Broadway” Watch Community he started—which the city commission declined to give their blessing and which local law enforcement have publicly distanced themselves from—would continue after he left.

Miner said he wanted to give the city commission advice on how to improve Harrodsburg.